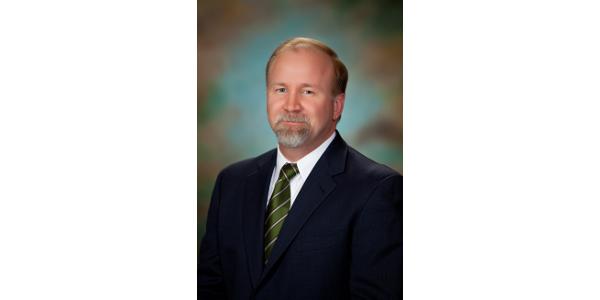 “The 200th publication demonstrates not only the depth of science but also the quality of research that Zinpro is supporting, and has supported over the years,” says Terry Ward, Ph.D., global director of Research and Nutritional Services (RNS), Zinpro Corporation. “This milestone represents a tremendous body of research that covers more than 10 animal species.” (Courtesy of Zinpro Corporation)

EDEN PRAIRIE, Minn. — Zinpro Corporation announces a major research milestone in the company’s history: its 200th peer-reviewed research publication across multiple species. The 200th publication was released in the Journal of Animal Science. In this study, researchers investigated beef-cow supplementation with a combination of trace minerals (zinc, manganese, copper and cobalt) during the third trimester of gestation and how feeding different forms of those trace minerals impacted offspring development, immunity and subsequent performance. The study results affirm a concept that offspring can benefit greatly from maternal trace mineral nutrition long after birth. Referred to as Generational Nutrition®, this concept has applications across multiple species, ranging from beef and dairy to poultry, swine and equine.

Reaching this milestone highlights the significant investment in research that has been a cornerstone of Zinpro Corporation since Dean Anderson founded the company 45 years ago. “The 200th publication demonstrates not only the depth of science but also the quality of research that Zinpro is supporting, and has supported over the years,” says Terry Ward, Ph.D., global director of Research and Nutritional Services (RNS), Zinpro Corporation. “This milestone represents a tremendous body of research that covers more than 10 animal species.”

Peer-reviewed research indicates that the science is sound and the study is designed rigorously enough that it passes a review of peer scientists in the field. “It means that the research has been submitted to a scientific journal and subsequently published by the journal,” Dr. Ward explains. “During this process, multiple third-party scientists in the field of interest review and critique the data and the methods by which the data was obtained. They must concur that the experimental methods used to collect and analyze the data are scientifically sound before the data is published.”

This is the first time any trace mineral company in the animal feed industry has achieved this landmark. “We do more animal performance mineral research than all other trace mineral companes combined,” says Joe Carrica, executive vice president, global sales and marketing, Zinpro Corporation. “Zinpro is synonymous with sound research. We have a commitment to our customers to provide relevant, current research to show our products are efficacious and provide benefits to them on a daily basis.”

Key Findings from the 200th Publication
Conducted at Oregon State University, the 200th peer-reviewed publication is titled “Effects of organic or inorganic cobalt, copper, manganese and zinc supplementation to late-gestating beef cows on productive and physiological responses of the offspring” (Marques et. al., 2016. J. Anim. Sci. 94:1215-1226). This study is unique in that it applies to the western range cow-calf producer. These cows often lack access to mineral supplementation in the early stages of gestation, and this study capitalized on the short period producers have when supplementation is feasible in their operations.

“Results from this study showed that by simply supplementing the gestating cow with 7 grams per head per day of trace minerals in the form of Availa®4 during the last trimester, producers can impact overall calf growth and health while also realizing improvements in calf performance all the way through finishing,” says Jason Russell, Ph.D., research nutritionist – beef, Zinpro Corporation.

Research results showed an improved mineral status in the cows fed Availa-4, as well as a lasting impact on their calves in the form of improved immunity and greater weaning weight and carcass weight. “It should be noted that the cows in this study started with good trace mineral status to begin with,” says Connie Larson, Ph.D., RNS ruminant manager – North America, Zinpro Corporation. “When we fed these mineral programs during the last trimester, the result was increased weight at weaning.”

Results from the study also showed a significant reduction in bovine respiratory disease (BRD) treatment rates during the feedlot growing phase of the study in calves born to cows supplemented with Availa-4. The reduction in BRD benefited calf health as well as the producer’s bottom line – through decreased treatment costs and labor as well as decreased stress on the animal.

“Simply by supplementing that cow for the last trimester, we were able to impact calf health and growth,” Dr. Larson says. “To me, that really speaks to how important that mineral program is for the pregnant cow.”

Research has shown that trace minerals play a critical role in the gestating beef-cow diet. Availa-4 features Zinpro Performance Minerals® (complexed zinc, manganese, copper and cobalt) in a unique combination that is research-proven to deliver strong performance benefits to the beef-cow herd and a strong economic return to the cow/calf producer.

“It’s hard to overcome a bad start when it comes to newborn animals,” Dr. Russell says. “Results from this research highlight the opportunity that exists with Generational Nutrition in multiple species to provide a great start to newborn animals – and that great start carries on throughout their life.”