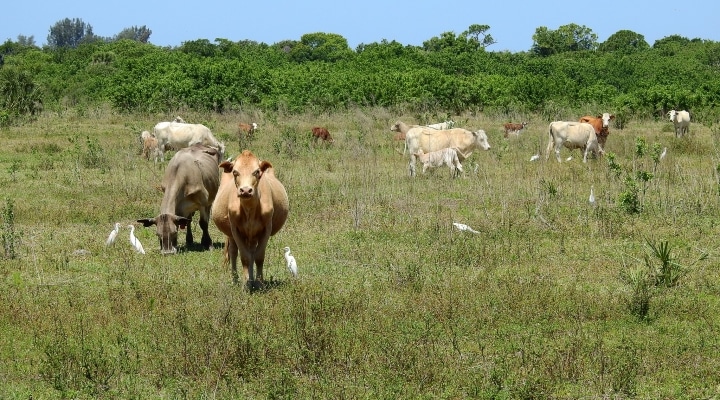 Megan Johnston works alone, proudly managing a 140-acre ranch. Though there are no typical days, Johnston gets up about 5:30 every morning to feed the cows and their calves on land near Floral City, Florida. (photo by Jim Mullhaupt, creative commons/flickr.com)

GAINESVILLE, Fla. — Megan Johnston works alone, proudly managing a 140-acre ranch. Though there are no typical days, Johnston gets up about 5:30 every morning to feed the cows and their calves on land near Floral City, Florida.

Johnston attributes much of her early success to education and other help she’s received from UF/IFAS Extension agents. After working at a farm in Pasco County in her late teens and early 20s, Johnston knew she wanted to raise cattle for a living. One hitch: She didn’t have cows or land. So, Johnston contacted Ed Jennings, an agent with UF/IFAS Extension Pasco County. 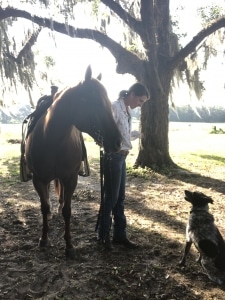 “Mr. Jennings kept an eye and an ear out for leasing property,” she said. “Then dad bought property up here (in Citrus County). The first thing Mr. Jennings told me about was UF/IFAS Extension Forage Management Field Day. That worked out perfectly. That was the No. 1 thing I needed to know if I was going to raise livestock.”

Jennings also connected Johnston with a Pasco County family that sold her cattle. Even after they secured the land, and the cattle were on their way, Jennings followed up and reviewed the farm with her.

“I made several visits to her property to help her customize and apply general principles she had learned from UF/IFAS Extension to her specific situation,” Jennings said.

Now that she had land and cows, she set out on her own to raise cattle. The 29-year-old started operating her ranch in 2015. She still had plenty to learn.

Reflecting on his initial conversations with Johnston, Jennings said she was like a lot of people who don’t grow up in Florida’s beef cattle industry. She had what Jennings called a “romanticized view of it. She attended many of our UF/IFAS Extension programs at the local and state level to learn.”

By attending UF/IFAS Extension beef management schools, pasture and forage management courses and the annual statewide beef cattle short course in Gainesville, Florida, Johnston learned specific principles that allowed her to see the science and business sides of the industry.

“She then combined this knowledge with her more suburban world to find a niche, bridging the gap from producer to consumer,” Jennings said “I believe since she understood the consumer side first and foremost, it positioned her to be successful for a farm-to-table type of beef-business operation.”

When Johnston she realized the disconnect between many consumers and their food, she decided to model her operation differently. Instead of selling the calves at weaning, she grows them and sells the beef directly to customers. That way, she can connect with customers, helping teach about the connection between farm and fork, according to her website, www.riverbendcattlecompany.com.

Johnston’s journey to cattle ranching started as a child, riding horses near the family home in Carrollwood, a Tampa suburb.

“I begged and begged my mom to let me take a lesson in horse riding,” she said. “No one in the family rode horses. But I got hooked on that. But I learned that, for many reasons, there was not much of a future for me in that business.”

When she expressed interest in the quarter horse business, she started boarding a horse in a barn at a cow-calf operation run by family friends Bill Barthle and his wife, Paula. There, on that farm near Dade City, Florida, she learned the ropes of horses and cattle.

After that, Johnston was hooked on cattle ranching, and she took what she’d learned from UF/IFAS Extension and made herself a success.

“Her knowledge gained from being a UF/IFAS Extension client, combined with her new-age consumer ideologies have placed her in a great spot to cater to a new and growing group of beef consumers,” said Jennings, now the director of UF/IFAS Extension Levy County. “She is also helped by having a naturally pleasant persistence for accomplishing what she sets her sights on.”

As she looks into her ranching future, Johnston sees business expansion.

“My goals are to grow my online beef sales, lease more land and grow my herd,” she said.

UF/IFAS Extension helps get food directly from farmers to customers during pandemic
April 9, 2020

UF/IFAS Extension helps get food directly from farmers to customers during pandemic
April 9, 2020