Home » Young farmers and the future 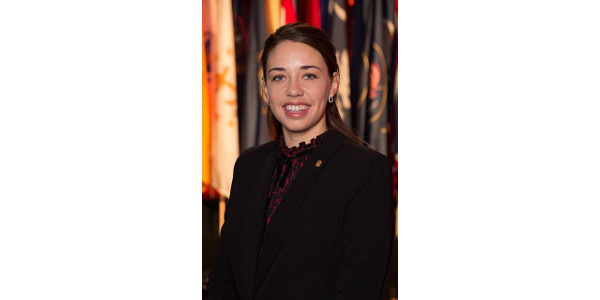 JEFFERSON CITY, Mo. — Missouri Farm Bureau (MFB) members have a long history of being involved. It’s at the very core of why this organization began, but that involvement is only as good as the next generation. By those measures, MFB is on solid ground.

In Missouri, MFB members from every county belong to the rank and file membership sector of the Young Farmers and Ranchers (YF&R) program. The program is made up of men and women, ages 18-35, and is focused on helping younger MFB members learn more about agriculture, network with other farmers and realize their full potential as leaders in agriculture and MFB.

Last week, Kalena Bruce from Cedar County, Mo., realized the next step in her potential. Bruce was named chair of the American Farm Bureau Federation’s (AFBF) Young Farmers and Ranchers Committee and will also sit on the AFBF Board of Directors for 2017. She follows in the footsteps of Chris Chinn of Shelby County, who was the AFBF YF&R chair in 2007. Chinn is currently nominated as the incoming Director of Agriculture for the State of Missouri.

MFB has had 18 YF&R members serve on the national YF&R committee in its more than 50-year existence, and MFB has fielded five members to the chairperson position. In fact, the first national committee included a Missourian, a gentleman named Vance Bodenhausen from Buchanan County who was elected 2nd vice chairman in 1962.

It’s safe to say, Missouri’s agriculture future is in good hands, but the landscape is constantly changing. Fifty years ago, there were more farmers. Today, only 2 percent of the population works the land or raises livestock, so the next generation of farmers will have a great responsibility on its shoulders. Young farmers and ranchers are going to need resources and support as they meet the food, fiber and fuel needs in the next 50 years.

In February, approximately 500 young farmers and ranchers from across the state will convene at the 2017 MFB YF&R Leadership Conference in Osage Beach, Mo., where they’ll learn how to become more involved, find out how to navigate the regulatory environment that affects their farms and hone their leadership skills. If you are interested in attending and gaining knowledge and resources to bring back to your farm, contact your county Farm Bureau for more information.