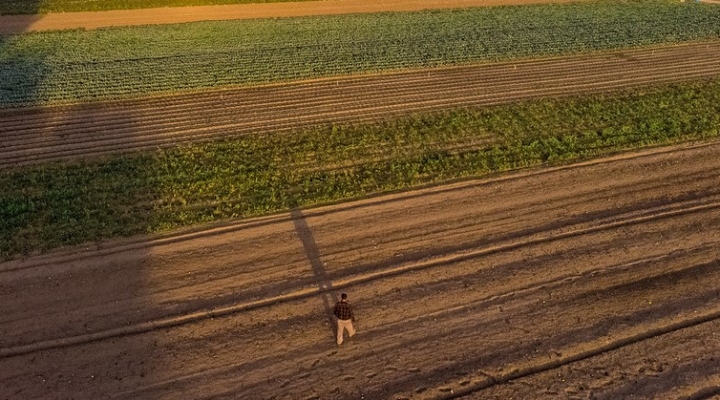 SACRAMENTO — A dairy farming couple from Tehama County and a husband and wife involved in the Napa County grape and wine business have earned awards for achievement and excellence among young farmers and ranchers in California. They received the awards during the 101st California Farm Bureau Federation Annual Meeting in Monterey.

Seth and Alexandra Duivenvoorden of Cottonwood received the Young Farmers and Ranchers Achievement Award, which recognizes accomplishments in production agriculture and leadership activity.

Johnnie and Kendall White of Saint Helena received the Excellence in Agriculture Award, presented to young agricultural professionals who contribute through involvement in agriculture, leadership activities and Farm Bureau.

Seth Duivenvoorden, a third-generation farmer, said he “wears every hat” at the family’s Duivenvoorden Farms, which operates a dairy and a raw milk facility. He also works as swine manager for a nearby farming operation. Ali Duivenvoorden handles the social media and internet activities for the dairy farm and works in its office.

A member of the Tehama County Farm Bureau Board of Directors, Seth Duivenvoorden said he strives to “bring creative thinking to repairing the reputation of farmers and agricultural enterprises.” His farm has opened itself to school field trips, personal tours and an annual Milk and Cookies Day that attracts some 1,500 people.

Sixth-generation farmer Johnnie White works as operations manager for a vineyard management firm owned by his father and two partners. He manages all farming operations for six client vineyards and serves as president of the Napa County Farm Bureau. He also serves as a volunteer firefighter and auctioneer. Kendall White works for a farming and winemaking company, selling value-added agricultural products.

Asked to discuss three important issues facing agriculture, the Whites cited immigration and labor policies, the need for financial products that allow young farmers to purchase land, and the ongoing need to engage with policy makers and the public “to create and implement sound local, state and federal policies.”

As winners of their respective awards, the Duivenvoordens and Whites each earned a $4,000 cash prize sponsored by Farm Credit, Kubota and K·Coe Isom. The Duivenvoordens also earned 250 hours’ use of a Kubota tractor, furnished by Kubota Tractor Corp.

The winners will represent California in national competitions to be held next month at the American Farm Bureau Federation Annual Convention in Austin, Texas.

How do you cultivate a healthy plant microbiome?