Home / Pennsylvania / York County Cidery takes Best of Show at PA Farm Show
A new user experience is coming! We'll be asking you to login to your Morning Ag Clips account March 1st to access these new features.
We can't wait to share them with you! Read more here. 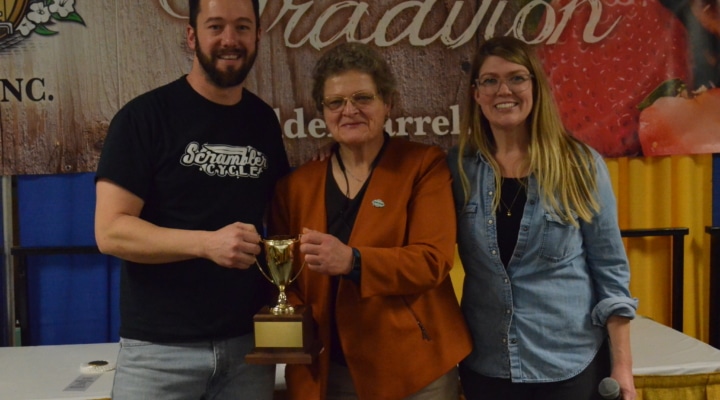 Ciders will be available for sampling and sale in the Main Hall at the Cider Garden for the duration of the show, and visitors can meet cider producers each day.

The Farm Show Cider Competition was launched at the 2018 Farm Show, recognizing the surging popularity of craft cider. The global cider market is growing at a rate of 6% per year. Consumer demand for local, handcrafted products, coupled with Pennsylvania ranking fourth nationally for apple production make the state’s cider industry ripe for growth.

Last year, the Wolf Administration invested more than $1.2 million in the Pennsylvania craft brewing industry, which includes cider. The historic Pennsylvania Farm Bill also created a $460,000 Specialty Crop Grant program that invests even further in building the market and improving the quality and production of ingredients in craft brewing.

The industry has been prioritized because of the growth potential and opportunities it presents.

First, second and third-place winners in each category are:

The Pennsylvania Farm Show draws hundreds of thousands of visitors to our capital city every year for a mid-winter celebration of Pennsylvania agriculture. It is the largest indoor agricultural exposition in the nation, featuring nearly 12,000 competitive exhibits, including more than 5,200 animal competitions, plus 300 commercial exhibits and hundreds of educational, entertaining events. Visitors get a peek into the industry that employs nearly half a million people and contributes $135.7 billion to Pennsylvania’s economy every year.

For more information about the 2020 Pennsylvania Farm Show, visit farmshow.pa.gov.