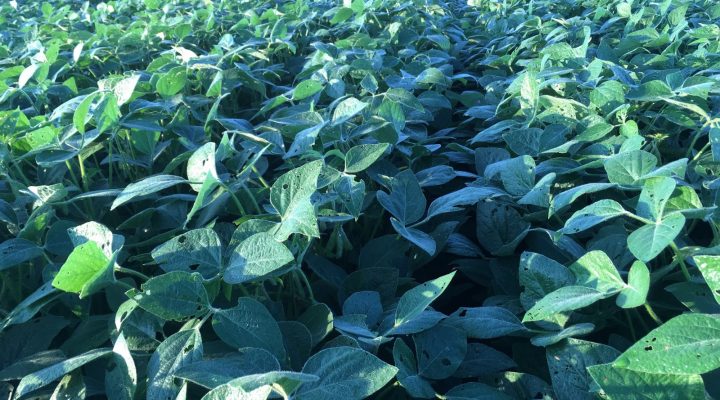 Many growers have little experience with second year full season soybean, having kept with their existing crop rotations. Other growers, experiencing problems like soybean cyst nematode in some fields, have avoided soybean after soybean on all acres they manage. (University of Kentucky)

One of my long term rotation trials includes the corn-corn-soybean-soybean sequence, with all four rotation components represented each year, since 2008. The 2009 and subsequent seasons allowed comparison of first and second year full season soybean. Each year, a maturity group 4 full season soybean with an excellent disease resistance package was planted in all plots on the same day (always prior to 20 May) at the Spindletop research farm just outside Lexington in 15 inch rows at about 120,000 seed per acre. The plot area was, and is, free of soybean cyst nematode. Soybean grain yield, each year from 2009 through 2016, are given in the table below.

Though the variation in yield well represents Kentucky’s seasonal weather, readers are reminded that the experiment is optimized for soybean nutrition and weed control. I have observed greater marestail/horseweed (Conyza canadensis (L.) Cronquist) pressure in the experiment’s soybean plots over time, resulting in my annually hand rogueing the trial. Most important, there is no soybean cyst nematode pressure. Before planting second year soybean in any field, take soil samples to determine soybean cyst nematode levels.