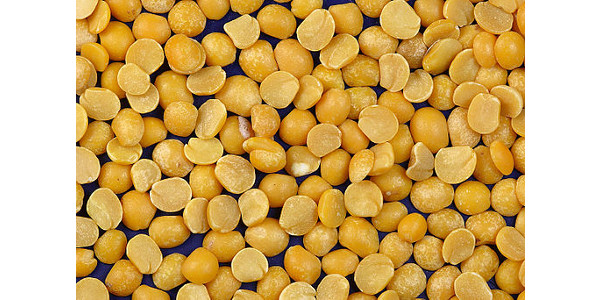 A legume that is generally considered a fringe crop in Nebraska has taken root in the state and is flourishing. (By Sanjay Acharya (Own work) [GFDL (http://www.gnu.org/copyleft/fdl.html) or CC-BY-SA-3.0 (http://creativecommons.org/licenses/by-sa/3.0/)], via Wikimedia Commons)

LINCOLN, Neb. (AP) — A legume that is generally considered a fringe crop in Nebraska has taken root in the state and is flourishing.

Planted in March, the yellow field pea has been growing in popularity with dry-land farmers who practice no-till farming in the semiarid region west of North Platte, the Lincoln Journal Star (http://bit.ly/2r94R3R ) reported.

In recent years, peas have gone from being planted on only a few Nebraska farms to covering about 55,000 acres in 2016. Last year was the first year the crop got popular enough in Nebraska to be included in the U.S. Department of Agriculture’s National Agricultural Statistics Service reports.

Tucker said one reason peas are growing in popularity is the development of a market for them. He said that while farmers planted them in the 1990s, they just sat in bins or were fed to cattle.

“We planted them and had nowhere to go with them,” Tucker said.

The development of health-food and pet-food markets has created a need for peas, which are a source of high protein. Peas are often used in non-dairy shakes and in foods marketed as free of gluten, dairy, nuts or soy.

New Alliance farmer Mark Watson says that the one downside to peas is how much yields can vary due to adverse weather.
USDA figures show that Nebraska farmers planned to plant 45,000 acres of peas this year.
___
Information from: Lincoln Journal Star, http://www.journalstar.com