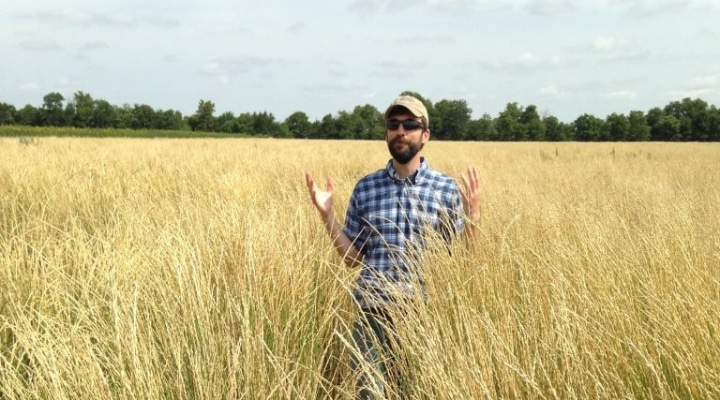 “I’m excited to start my next chapter and learn how we can better manage not just potatoes, but the broader potato cropping system: what’s grown before, how soil is treated, and how we can solve challenges,” Culman said.

Backed by a more-than-$3 million fund created by potato growers, processors, and suppliers, Culman will address priorities in irrigated agriculture, including the need to better understand and protect the soil. His research program will collaborate with scientists at the University of Idaho, Oregon State University, and the U.S. Department of Agriculture, as well as growers and processors, complementing WSU Extension efforts and the university’s Soil Health Program to develop better tools for soil health.

“Steve’s ideas and experience will help him sift through the complexities of our soil and unearth answers for potato agriculture,” said CAHNRS Interim Dean Richard T. Koenig. “His new research program wouldn’t exist without our partners in the potato industry, and I’m grateful and excited to see the advances it will bring for health, productivity, and sustainability.”

“Understanding the biology of our soils is vital to the long-term viability of potato farming in Washington,” said Chris Voigt, executive director of the Washington Potato Commission. “Dr. Culman’s work holds the potential for a sustainable future for potato farmers and helps maintain our ability to grow the highest potato yields in the world.”

Starting Aug. 1, 2022, Culman plans to meet with Washington potato growers, discuss their priorities, and identify short and long-term objectives, including creation of interdisciplinary teams to tackle major challenges, such as soilborne disease and soil fertility.

“Growing potatoes is a highly productive and highly intensive process,” he said. “There’s a wide diversity of rotation crops and grower constraints. Making sense of all those systems will be a grand challenge for me.”

A native of Cincinnati, Culman encountered the world of agriculture in his teens.

“I didn’t grow up as a farm kid,” he said. But Culman worked hard during summers on an Ohio vegetable farm, hoeing, harvesting, and bucking bales, before becoming excited about sustainability as a biology student at Thomas More College. Advanced degrees in soil science and agronomy followed at New York’s Cornell University.

At Ohio State, Culman led a revision of fertilizer recommendations for field crops as part of a three-state effort involving hundreds of growers, Extension educators, private and co-op agronomists, and retailers.

“The fact that most of the research was conducted on-farm across half the counties in the state meant a lot,” Culman said. “It had more weight for farmers to see that work wasn’t done in some distant place, but in their own counties.”

An advocate of improved soil testing methods that examine the soil’s function and resistance to degradation, he also led an offering of more than 2,000 mail-in soil health tests, building a comprehensive picture of soil across Ohio.

“You can’t get a farmer more engaged than when you’re talking about a soil test from their individual field,” Culman said.

Experiences like these will inform Culman’s future partnership with the Northwest potato industry. Based at Pullman, his work will take him across the Columbia Basin.

“If we’re going to improve the system, it’s not by standing on the outside—it’s by working with farmers to find solutions,” Culman said. “The way things are grown reflect what we value and what we want to pay for, protect, and think about. My goal is to improve fertility and the health of our soil, and to do that while we grow food.”