Home / Washington / WSU awarded $10 million to increase nutrition in food crops
A new user experience is coming! We'll be asking you to login to your Morning Ag Clips account March 1st to access these new features.
We can't wait to share them with you! Read more here. 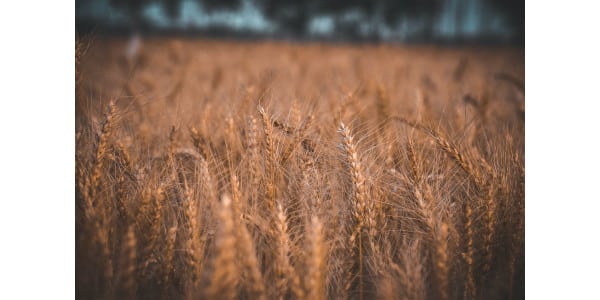 PULLMAN, Wash. –  An approach that promises to increase nutrition literally from the ground up, Washington State University’s Soil to Society project, recently received a five-year, $10 million grant from the U.S. Department of Agriculture’s National Institute of Food and Agriculture (NIFA).

The project takes a comprehensive approach to increase the nutrient value in food made from six crops – wheat, barley, peas, lentils, buckwheat, and quinoa. Soil scientists will work to improve the soil quality where they are grown. Plant breeders will develop more nutritional varieties while food scientists will create products to bring to market, and health researchers will evaluate the impact of those foods.

“In addition to research to better understand the interaction between soil, plants and human health, we want to develop flavorful products from each of these crops,” said Murphy. “One of the keys to success is releasing new varieties and having farmers grow them. Another key is getting more nutritious and affordable foods out into the mainstream and into households.”

While the quantity of agricultural production in the U.S. has increased over time, the nutrient content of many crops has been declining for decades, according to several studies. The Soil to Society researchers aims to enhance key nutrients, such as zinc and iron, in these crops. The scientists will also evaluate the unique nutritional traits of these plants, such as the concentration of the beneficial fiber beta glucan in barley and the essential amino acid profile in quinoa.

The plan is to not only improve the nutritional content of foods made with these crops but also make them more flavorful and accessible, said Murphy.

“We’re trying to make these nutritionally dense varieties and foods affordable to all, so we will still be working with crop yield and disease resistance as well,” he said.

Health researchers will look at how the improved food products affect the human body, including the gut microbiome. Epidemiologists and economists will also model the potential societal impacts of enhanced whole grain-based food consumption.

The project taps WSU’s agricultural strengths in soil science, plant breeding, and food science and combines that with the nutritional and human health expertise from WSU’s Elson S. Floyd College of Medicine. The team is also collaborating with soil science and health researchers from Johns Hopkins University.

WSU has been working on the Soil to Society idea for several years, and in 2017, the university’s Strategic Research Investment Program provided initial funding to get this project started.

The current award, which is part of NIFA’s Agriculture and Food Research Initiative’s AFRI Sustainable Agriculture Systems program, the nation’s largest competitive grants program for the agricultural sciences, validates the Soil to Society approach, said John Roll, professor and vice dean for research at the WSU College of Medicine, and one of the originators of this concept.

“This grant allows us to take what we’re learning into real world settings where there’s a great need and improve the health of populations in the state, the country, and the world,” said Roll, who serves as an advisor on the grant. “The idea that we can produce food that has a high nutritional value and evaluate that from a medical perspective is exciting. I think what our grandparents told us, that eating healthy is one of the most important ways to stay healthy, is true, and we can really begin to understand the many aspects of that with this Soil to Society concept.”

The grant involves more than 20 researchers across the WSU system, as well as three researchers from Johns Hopkins University. The agricultural component will be led by Deirdre Griffin LaHue in the WSU Department of Crop and Soil Sciences. The food science and products section will be headed up by Girish Ganjyal in the WSU School of Food Science and the human health and nutrition portion by Pablo Monsivais from the WSU College of Medicine. Several agencies and industry partners are also involved, including the U.S. Dry Pea and Lentil Council, Washington Grain Commission, Ardent Mills, Rebellyous Foods, WSDA Regional Markets, Patagonia Provisions, and the King Arthur Baking Company.