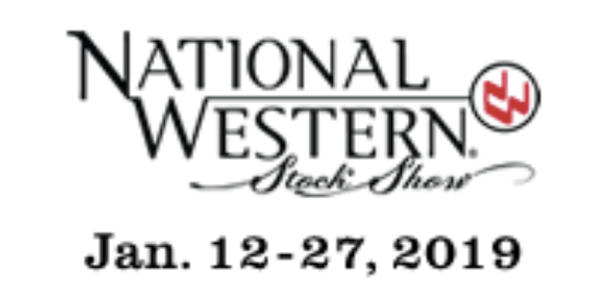 The annual meeting for all WSSA members is held every May at the National Western Complex.

DENVER — On this day, during the Annual Meeting of the Western Stock Show Association (WSSA), the Trustees elected Nancy Tuor to the Board of Directors and Members of the Association elected ten new Trustees to serve the Association.

Nancy Tuor worked for more than forty years in the environmental and engineering industries, including more than thirty-two years with CH2M. She came to Colorado in 1995 as part of the executive team hired to conduct the accelerated clean-up and closure of the Rocky Flats Plutonium Production Plant south of Boulder. She committed ten years to that project with her final assignments as COO and CEO. Additional responsibilities with CH2M included Vice Chair of the Board; President of the Federal Client Group, which managed about 1.7 billion in annual revenue; and Program Manager for the development of Masdar, a sustainable new town Abu Dhabi, United Arab Emerates. She currently serves on the Board of Directors of Keller plc, London; Terracon, Kansas City; and IMA, Denver. She is Vice Chair of the Board of Governors of Colorado State University. Nancy has competed in equestrian activities throughout the West and Midwest in the Hunter Jumper discipline, including at the National Western Stock Show. She served as co-chair of the equestrian group for the National Western Future Planning team and currently chairs the WSSA Nominating Committee. Tuor has been a member of the WSSA since 2013.

The officers on the Board of the WSSA included Chairman of the Board, Pat Grant, and Vice Chairman of the Board, Doug Jones. Sue Anschutz-Rodgers serves as 1st Vice President, George G. “Buck” Hutchison as 2nd Vice President, Mark Gustafson as Secretary and Terrance Carroll as Treasurer. Pete Coors continues as Chairman of the Capital Campaign, which is raising funds to be donated by the Association to the National Western Center for completion of the project as well as the new home of the WSSA known as the Legacy Building. Members of the Board of Directors include Justin Cumming, Don Elliman, Brooke Fox, Dr. Tony Frank, Guy McEndaffer, Barth Whitham, Ron Williams and President & CEO Paul Andrews.

The Members of the Association also elected ten new Trustees that will serve terms from May 2018 through May 2021 as follows:

ROB ALEXANDER has ranched for 25 years in Elbert, El Paso and Lincoln County, CO. Additionally, he is Founder, Chairman & CEO of Stockmen’s Bank. Rob has been an active WSSA member since 2001 and has served as a Board Member to numerous agricultural, rodeo and banking organizations throughout his career. He was raised in Colorado Springs, graduated from CU/Boulder, and raised his family on his Eastern Elbert County ranch. Among others, he currently serves on the Board of Farmers Alliance Mutual Insurance Co and the Working Ranch Cowboy Association Foundation.

ERIK GLENN is the Executive Director of the Colorado Cattlemen’s Agricultural Land Trust, where he has worked since 2008 serving in a number of roles, including Deputy Director and Project Manager. Erik holds degrees from Colorado State University, the University of Denver Sturm College of Law and the Daniels College of Business at the University of Denver. The Glenn family has a long history of ranching. Erik became a member of the WSSA in 2015 with a passion for serving the Association and preserving our Western heritage and culture.

BLAKE HUTCHISON is native to Colorado and the National Western Stock Show. Blake is a part of the Roundup Riders of the Rockies and serves on the Board of Directors of the Temple Grandin Horse Therapy at the Denver Union Stockyards. Blake and his family have been active at the National Western Stock Show as competitors, exhibitors, and sponsors for many years, and he joined as an WSSA member in 2002. Currently, Blake is the Chief Operating Officer at Hutchison Western.

MARK HONNEN is the President of Honnen Equipment Company, the John Deere Construction equipment dealer in Colorado, Wyoming, Utah and Southeastern Idaho. Mark became a WSSA member in 2000 and now serves on the National Western Center Capital Campaign Committee as well as the Citizen of the West Steering Committee. He is the third generation of the Honnen family to be actively involved with the WSSA.

CAMMIE MCKEE is passionate about the “code of the West” and the values and culture that it exemplifies. A fifth generation Colorado native, Cammie joined the WSSA in 2006 and is committed to the growth and successful continuation of the National Western Stock Show’s legacy. A mother of three children, Cammie works full-time in governmental affairs, research and policy making.

BRONWYN PEPPLE is the co-managing partner of Lewis, Bess, Williams & Weese where she specializes in employment law. Bronwyn is a Colorado native and was born into a fifth-generation Colorado ranching family. Her ranching and 4-H roots fostered her commitment to agricultural education and the WSSA, which she joined as member in 2012. She is a member of the Silver Spur Club and serves on the Junior Livestock Auction and Goat Roping committees.

HUGH RICE was raised on a farm in Alabama that produced corn and a dairy and cow/calf operation. Hugh moved to Denver in 1979 and has been an attendee and enthusiastic Stock Show supporter ever since. After joining the WSSA in 2016, Hugh became a member of the Capital Campaign Committee. Currently, Hugh manages investments and sits on the FMI Corporation Board of Directors and enjoys his property in Westcliffe, CO.

KENT STEVINSON has been a WSSA member since 2001 and has been an active supporter of the National Western Stock Show for decades. Kent is a Colorado business leader that is well respected and known throughout the region as a premiere automotive dealer across many brands. He has actively participated in the Junior Livestock Auction and has purchased both the Grand Champion Steer and the Reserve Champion in recent years. His passion for the National Western Stock Show and our mission of education is evident in his actions each year at the annual event.

DON THORN is a Colorado native and a graduate of Colorado State University. Don taught high school agricultural education, was an FFA advisor for thirteen years, and is currently the Executive Director of the Colorado FFA Foundation. Don works closely with the National Western Stock Show Education Program, organizing the NW Nursery and Stock Show Tours. He co-founded the Growing Minds Junior Livestock Buyers Combine. Don is particularly focused on youth opportunities and how the Stock Show can continue to support youth in agriculture and attract more youth to agricultural culture.

KELLY TISHER, DVM has history in the equine industry dating back to his days in South Dakota, where he was born and raised on a beef cattle farm. He is an active competitor in equine sports. Kelly became a partner at Littleton Equine Medical Center in 2000, after working in various positions since 1994. His focuses are equine sports medicine, lameness and magnetic resonance Imaging. He joined the WSSA in 2015 and works closely with the National Western Stock Show rodeo and horse operations providing veterinary services.

The annual meeting for all WSSA members is held every May at the National Western Complex. It serves as a recap of that year’s National Western Stock Show as well as a projection of future goals for the Association.

About the National Western Stock Show
The National Western Stock Show is a 501(c) (3) charitable organization that provides college and graduate level scholarships in agriculture and medicine for practice in rural areas. It is also the mission to serve producers and consumers throughout the world by being the premier stock show, agricultural business and education forum, equestrian facility and center for year-round events. The 16-day show also serves as an entertainment arena, hosting one of the nations richest regular season professional rodeos, world-class horse shows and Colorado’s largest western trade show. For more information, visit nationalwestern.com.

Farm teams will SLOW DOWN the action