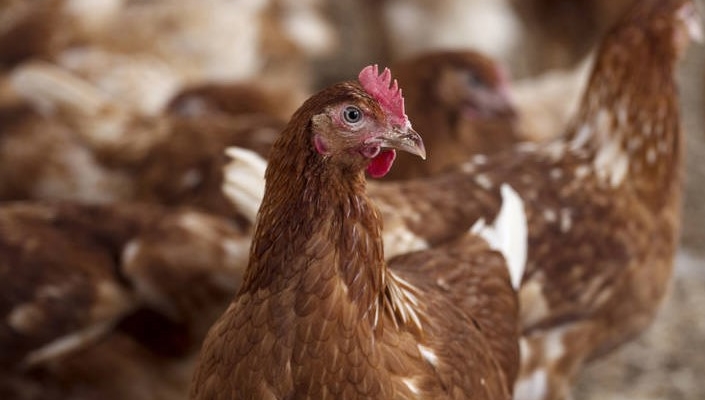 Pigmeat troubles in China may be a boon for poultry producers. (FAO)

ROME — The global food import bill is likely to decline in 2019, but the poorest and most vulnerable countries will not be the prime beneficiaries, according to a new UN report.

The lower costs would be enjoyed mostly by developed countries, while the import bill for sub-Saharan Africa is expected to rise. And while lower unit costs of food imports suggests that more food could be purchased for the same amount of money, that gain is cancelled out in almost all the Low-Income Food-Deficit Countries, whose currencies are weakening against the U.S. dollar, the primary unit in international trade transactions.

Coffee, tea, cocoa and spices account for almost half the predicted decline, while the bills for sugar and cereals – despite declining international prices for the latter – would be broadly unchanged. Better news for vulnerable countries is the anticipated lower bills for vegetable oils, which typically are major imported items for them.

Published twice a year, FAO’s Food Outlook assesses market and production trends for an array of foods including cereals, fish, sugar, oilcrops, milk and meat. The current edition also has special reports on the global impact of the spread of African Swine Fever and the outlook for banana, avocado and other tropical fruit exports from the Latin American and the Caribbean region.

Winners and losers from pig-killing disease

The arrival and rapid spread of African Swine Fever (ASF) in China, home to half the world pig herd, will have a noticeable effect on world markets both for meat and animal feed.

While the exact impacts are still to be determined, the disease could cause a near 20 percent decline in China’s hog inventories. The sharp contraction is supported by indirect evidence, suggesting a large local contraction in the pigmeat processing industry as well as in pig feed production and sales.

The global impact is likely to be complex. On the one hand, pigmeat imports are projected to rise by as much as 26 percent. Imports of other meats, including bovine and poultry meats, are also expected to rise. On the other hand, fewer pigs in China should translate into lower demand for feed grains and oilseeds, in particular soybeans. China imports about two-thirds of all internationally-traded soybeans, and around half of these are destined for its domestic pig herds. Imports were already slowing due to trade tensions with the United States of America; they are further reinforced by the country’s decision to reduce the protein requirements for pig feed.

At the same time, meat consumption in China is unlikely to grow as fast as in the past, with consumption levels of meat, farmed fish and eggs having already reached 95 kilograms per capita per year. On top of that, revisions made in the wake of China’s latest agricultural census indicate that the country has more than 180 million tonnes of maize in storage, which adds to ample feed grain supplies and also appears to be lowering import demand for barley and sorghum.

While much depends on efforts to contain ASF – which has recently also been reported in Viet Nam, a major pig meat producer, and other neighboring countries – trends point to likely higher pigmeat prices and lower feed prices. This “rare combination of events”  stands to benefit the farm sector in Europe, which will benefit from lower feed prices, as well as pork producers in the U.S. where export capacities are in place to increase supply swiftly.

At the same time, the ASF crisis is a boon for those who raise chickens, particularly major exporting countries such as Brazil. Importantly, poultry production in China is expected to grow by 7 percent this year, reflecting the impacts of ASF and also the country’s successful containment of another fast-spreading animal disease, Highly Pathogenic Avian Influenza.

While noting that the fast-changing global trade environment and the rapid spread of ASF constitute important uncertainties, the underlying picture is that world markets for many commodities are well supplied and likely to contribute to lower food import bills.

It also offers updated information about emerging changes to the map of global food production and trade. Notable highlights are that India and the Russian Federation are consolidating their recent ascent to top status as the world’s largest sugar producer and wheat exporter, respectively, overtaking Brazil and the United States. Brazil’s rapid emergence as the world’s No. 2 maize exporter, with its global market share rising from less 1 percent only a decade ago to now over 25 percent, is also discussed.

While per capita sugar consumption is growing, it appears to be levelling off in developed nations and is subject to increasing regulatory attention – including taxes targeting sweetened beverages – and a shift in consumer preferences. This raises questions about a sector where international prices are below production costs almost everywhere. Brazil is expected to use almost two-thirds of its sugarcane harvest to produce ethanol, up from 53 percent last year.

The report also forecasts a 3.4 percent drop in worldwide capture fisheries production in 2019, associated with poorer landings of anchoveta and small pelagics such as mackerel as well as wild-caught cod and pollock. Aquaculture output is expected to expand in 2019, keeping total fish consumption stable, but dynamics vary with tight markets for salmon and bivalves and plentiful supplies of farmed shrimp, seabass and seabream.