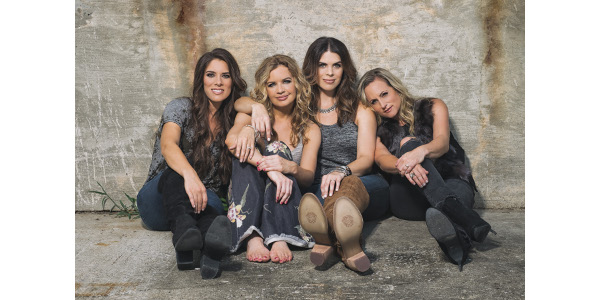 DES MOINES, Iowa — MusicFest offers World Pork Expo visitors an opportunity to relax, enjoy free musical performances and mingle with fellow pork professionals from throughout the world. This year, Jake McVey, and special guest Big Vinny from Trailer Choir, will get the concert rolling and then pass the mic to headliner Farewell Angelina. The festivities take place on the Grand Avenue Concourse at the Iowa State Fairgrounds from 4:30 p.m. to 8:00 p.m. on Thursday, June 8.

MusicFest is just one of the many events scheduled for the 2017 World Pork Expo, presented by the National Pork Producers Council (NPPC), June 7-9, in Des Moines, Iowa.

“World Pork Expo is always such a busy few days, so it’s especially nice to take some time to network with fellow producers and make new acquaintances,” says Ken Maschhoff, NPPC president and Illinois pork producer. “For anyone who’s coming to Expo, be sure to schedule MusicFest as part of your visit. It’s a great way to spend a summer evening.”

Iowa native Jake McVey will kick off this year’s MusicFest with his high-energy country music stage show that’s always entertaining. Making a repeat appearance at Expo, McVey’s mission is to have fun and draw audiences into the revelry.

Growing up, McVey worked on his family’s Iowa farm, but knew early on that he wanted to pursue a career in music. Following high school graduation, he studied guitar making and now performs using some of his own hand-made guitars.

McVey recently released a new CD called “Back Seat” and is writing songs for two film projects. Over the years, he has shared the stage with some of country’s most acclaimed acts, including Dierks Bentley, Jason Aldean and Little Big Town. At Expo, McVey will be joined by Vincent ‘Big Vinny’ Hickerson of Trailer Choir, whose CD “Tailgate” includes the hit single “Off the Hillbilly Hook.” In recent years, Big Vinny launched Music with a Mission — a program designed to help schools raise funds to support music education programs.

Released in the fall of 2016, the group’s single, “If It Ain’t With You,” can be found on radio playlists across the nation as enthusiasm for Farewell Angelina continues to spread. Also in 2016, Rolling Stone magazine listed Farewell Angelina among the “10 New Country Artists You Need To Know.” Roughstock.com also included the group on its list of “Ones to Watch in 2017.”

Members have had songs recorded by artists ranging from George Strait to Lee Brice. They’ve shared their instrumental and vocal talents with country stars including Jason Aldean and Trace Adkins. Onstage, Farewell Angelina has opened for Blake Shelton, Rascal Flatts, Dierks Bentley and a host of others.

“There’s always something more to explore at Expo,” Maschhoff says. “It’s an excellent time for producers to visit with NPPC staff to learn about issues that could impact their businesses. During the three days, there are free educational seminars, market outlook sessions, pig shows and sales, and of course the trade show.”

World Pork Expo features the world’s largest pork-specific trade show, covering more than 320,000 square feet of exhibit space and featuring hundreds of companies from around the world. Trade show hours run from 8 a.m. to
5 p.m. on Wednesday, June 7, and Thursday, June 8, as well as from 8 a.m. to 1 p.m. on Friday, June 9.

Visit the website for updates on event schedules and room availability at official World Pork Expo hotels. The website also offers convenient online registration for the discounted rate of $10 per adult (ages 12 and up), which covers all three days of Expo. Registration on site will cost $20 per adult, with a special rate of $10 for people arriving on Friday.

For the most up-to-date details about this year’s World Pork Expo, be sure to connect with Expo on Twitter and Facebook by following our pages, tagging us in your posts, and using the hashtag #WPX17!