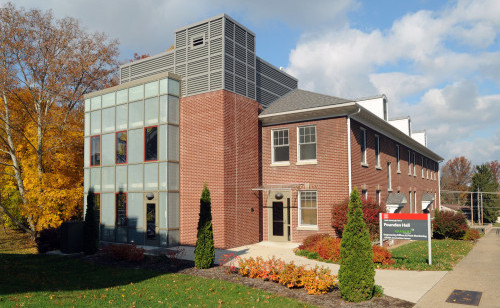 As an affiliate of Ohio State, BioHio was envisioned in 2010 and was created to facilitate the movement of discoveries from the college into the commercial sector. It is located on the CFAES Wooster campus.

Additional goals of BioHio were to advance, encourage, and promote the industrial, economic, commercial and civic development of the Wooster area and to serve as a research park for the benefit of The Ohio State University, the City of Wooster, and Wayne County.

“While the original goals of BioHio are still relevant and part of the CFAES mission, the separate legal entity was not providing the benefits originally envisioned,” said Cathann A. Kress, vice president and dean of CFAES. “The BioHio board met on August 28th and voted to transition the work of BioHio to be under the auspices of CFAES in place of its operation as a separate affiliate. The transition will occur over the next several months.”

BioHio was created with the intention that it could attract outside funding and enter into contracts more easily than if it was part of the University. “Although there have been small amounts of external investment, most of the funding has been from CFAES since the inception of the entity,” Kress said.

It was also envisioned that BioHio could enter into agreements with developers to build on the research park site, but it was later determined that this contractual obligation would still fall under Ohio State’s debt ceiling and the university did not want to take on that risk. However, by moving this body of work under the college umbrella, the original intent to build on the site is more likely to be realized.

“CFAES is committed to many of the original goals of BioHio such as facilitating the advancement of research into the private sector; technology commercialization; new and improved crops, and products for Ohio producers; new and improved technologies for Ohio industry; and enhanced and protected environment and quality of life for Ohioans,” Kress said. “We will continue progress toward these goals through our OARDC enterprise, as well as within OSU Extension and other college units.” OARDC is the research arm of the College of Food, Agricultural, and Environmental Sciences.