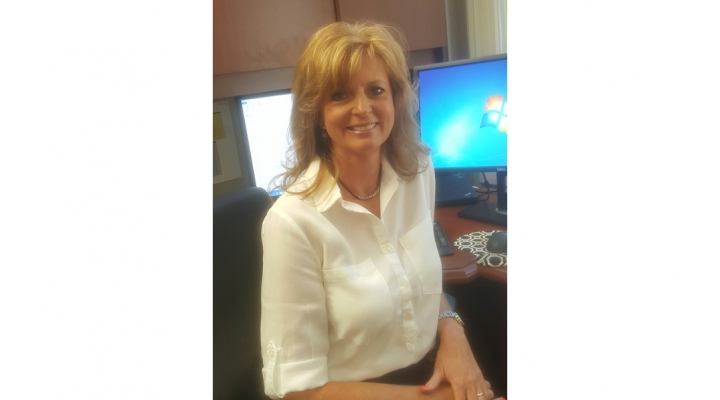 OKLAHOMA CITY — Whether it’s climbing into a combine to harvest the wheat or walking into a congressional meeting to discuss  farm policy, Francie Kucera Tolle remains focused on one goal—“It’s the legacy of it.”

Rather than a legacy of how Tolle will be remembered, this is one centered on how others will value and appreciate agriculture as a result of her family’s stewardship.

Having been born on a family farm and now farming with her husband Chuck, Tolle knows the importance of agriculture. She has been a resident in Grant County her entire life and laughed as she reminisced growing up on a farm with her three sisters.

“My dad brought a bottle calf home one time and we thought it was the greatest thing ever and asked for a few more. The next day we had 30 bottle calves and would be mauled when we got to barn,” said Tolle. “A year later we wanted some feeder pigs and my dad brought home a whole truck load. Next, we thought we would like some sheep and our dad said, ‘Really?’ We changed our minds pretty quick.”

Tolle spoke about the daily life lessons that were learned among the cattle and in the wheat fields. The greatest of these was work ethic and faith.

Growing up, Tolle did everything the hired hands did on the farm, saying it was expected of her and her sisters. She started driving the combine when she was 12 and basically lived in the barn with the stocker cattle during the winter. She went on to college with no plans on returning home. But as fate would have it she started dating a local farm boy and married him in 1990.

“I didn’t really have plans on marrying a farmer,” laughed Tolle. “I was a business major and liked marketing. But then I started dating Chuck and I came back to agriculture pretty quick.”

They moved and started their own operation in 1992 in Grant County with a quarter of land, mainly growing wheat and running a cow-calf and stocker cattle operation. Their little operation began to grow as Tolle had two boys, Clint and Cole.

Tolle laughed and said her boys never wanted to drive the combine growing up because that was her thing. Now her boys are growing up and making their own legacy. Clint is married and will graduate college soon, with plans on returning to the farm. Cole just graduated high school and is beginning embark on his college journey studying construction management.

In addition to raising two boys and operating a farm, Tolle also works tirelessly to carry on the legacy of her dad, who taught her the importance of agriculture through policy.

“I got my love for policy from him,” said Tolle. “He never went to college but he was the smartest man I ever knew.”

It was not uncommon for Tolle and her father to be talking about world trade, farm policy and commodity markets. This sparked her interest and she began her work in farm policy in 2003 as Director of the Oklahoma Wheat Growers Association.

From here, many doors began to open for Tolle as she served as Agricultural Liaison to Congressman Brad Carson, Director of Agritoursim, Legislative Policy Analyst for the Oklahoma Farmers Union/American Farmers and Ranchers, State Director of Farm Service Agency and is now currently the Regional Director of the Risk Management Agency serving Oklahoma, New Mexico, and Texas.

When asked about her most rewarding experience, there was no hesitation as she recalled the implementation of the Livestock Forage Program, which resulted in paying over a billion dollars to farmers and ranchers in Oklahoma affected by the three year drought.

“I saw people literally cry because they were saved… I will never forget. That was pretty impactful,” said Tolle.

Although she stays busy with policy and farming, she never forgets why she does it. Tolle is proud to say that she is only the second generation born in the United States.

“It’s the legacy of it. My grandparents came here for this reason. Here I am fulfilling the dream they had. I don’t want it to die,” said Tolle.

Again, even though Tolle has left a legacy in what she does, this was not her goal in an individual sense. Instead, she hopes that through her work, people will know and understand the complexity of farming and in agriculture in general.

“It’s not easy,” said Tolle. “Yes it is rewarding but it is the hardest job you will ever do. If you don’t love it, you won’t do it. There is not another job where you work as hard as you do with farming.”

Tolle is also quick to give credit to her husband for all of her success saying he is extremely supportive of everything she has done. Even with all of her accomplishments, her greatest one is building a legacy with her husband to make sure that others will value and appreciate agriculture as a result of their stewardship.

“My goal is to leave a legacy,” she said.