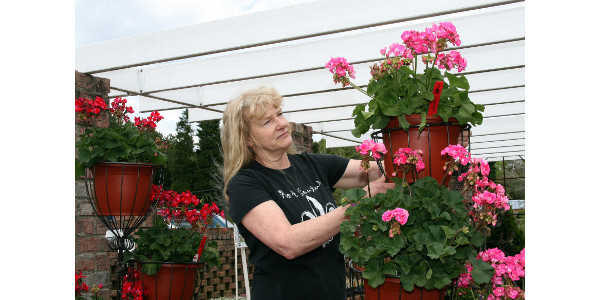 SANFORD, N.C. — Even on a harsh weekday afternoon, with pounding winds that occasionally stopped shoppers in their tracks, Big Bloomers Flower Farm is packed.

Many shoppers are navigating the elements outside, toting vegetable plants and ornamental flowers through 17 retail greenhouses. Others have decided to take temporary refuge indoors, browsing through decorative items in a garden shop larger than the average American home.

But all seem unusually happy, even those who traveled from Raleigh and other distant locales to make their purchases here.

Gail Foushee and her husband, John, govern this agricultural empire, and that’s not something you might have expected for someone like Gail, who holds a nutrition degree from Meredith College and swears she never set out to do anything like this.

People who know her well might take exception. After all, Gail did grow up in a family business and on a farm; it would seem to be in her blood. But that’s not where she was headed until she got married and John used his decade of experience to establish Big Bloomers.

So, how did someone with no driving interest in agriculture become so successful operating a retail flower farm?
That’s a complicated story, Gail says, but it begins with being creative and flexible in pretty much everything — whether it’s managing employees, serving customers or selecting the thousands of plants to grow and sell.

And especially in marketing. Extension Agent Minda Daughtry, who oversees horticulture in Lee County, says Gail is well known for her innovative approach to marketing, something many smaller agricultural businesses struggle to master. With her loyal customer base, Gail relies a good amount on word-of-mouth, especially within gardening communities.

But she also can be heard on the radio. She advertises in a few targeted, local publications. She works the Internet. Big Bloomers launched its website early on, while many were still wondering if that whole Internet thing was even worth the effort, and she’s found good success on social media.

That’s not all. Big Bloomers maintains a courtyard at Tramway Elementary and welcomes kindergarteners every year as they study plants. She does both more as a public service than a marketing initiative, but it certainly doesn’t hurt business, either. And Gail has gone all-in on critical social trends like sustainability, something she believes is important for everyone.
“This is not just a business or a farm,” she says. “This is our home.”

What makes Gail and John ultimately successful is remaining flexible enough to adapt, no matter what situations arise. But what keeps them inspired is something very different.

“Honestly, it is our customers,” Gail says during a discussion in one of those wind-swept greenhouses. “We have the most wonderful, happy, loyal customers. And when they come to you and say, ‘I come once a year. This is my happy place. I appreciate what you do ….’

“How can that not be motivating?”

When Gail decided to enter agriculture, it wasn’t from any grandiose vision. She wasn’t out “to make a difference,” as people say, though you could argue she has made lives better for her employees and customers. She didn’t plan to carry on a family tradition, even though she did grow up in a farming family.

But looking back, Gail believes agriculture has definitely enriched her life; “agriculture has grown me,” is how she puts it. And perhaps this is exactly where she needed to be all along.

“Now,” she says, “I can’t imagine doing anything else.” 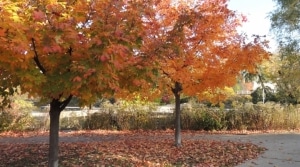 RALEIGH, N.C. – Below is a summary of local interest stories that have recently been highlighted on the N.C. Department of Agriculture and Consumer Services’ In the Field Blog. Eastern: (Caswell) A day in the life of a farm wife Sometimes life has a funny way of directing us to where we need to be […]