Home » Woman finds lost ring on a carrot in garden 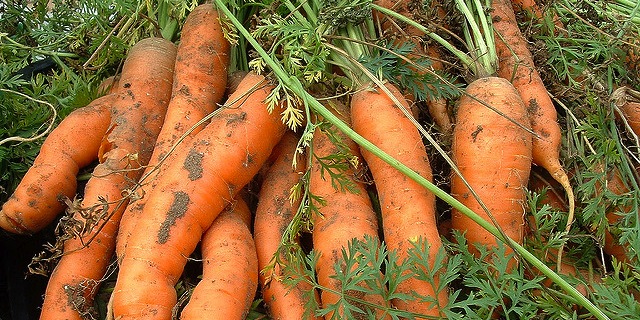 "It grew into the carrot. I still can't figure it out," said Mary Grams, owner of the lost ring. (Nick Saltmarsh, Flickr/Creative Commons)

CAMROSE, Canada — A woman who lost her engagement ring 13 years ago while weeding her garden on the family farm is wearing it proudly again after her daughter-in-law pulled it from the ground on a misshapen carrot.

Mary Grams, 84, said she can’t believe the lucky carrot actually grew through and around the diamond ring she had long given up hope of ever finding again.

“I feel relieved and happy inside,” Grams said Tuesday from her home in Camrose, southeast of Edmonton.

“It grew into the carrot. I still can’t figure it out.”

Grams said she never told her husband Norman, who died five years ago, that she had lost the ring, but she mentioned it to her son.

Once she realized it was missing she spent hours looking through the garden for the keepsake, but to no avail.

“I got on my hands and knees and looked all over and I could not find it. I looked for days and days.”

Colleen Daley found the ring while harvesting carrots for supper with her dog Billy at the farm near Armena, Alta., where Grams used to live. The farm has been in the family for 105 years.

Daley said while she was pulling the carrots she noticed one them looked kind of strange.

She was going to feed it to her dog but decided to keep it and just threw it in her pail.

When she was washing the carrots she noticed the ring and spoke to her husband, Mary’s son, about what she had found.

“Mary had kept it a secret that she had lost her ring,” Daley said.

They quickly called Mary in Camrose about their find.

“I said we found your ring in the garden. She couldn’t believe it,” Daley said. “It was so weird that the carrot grew perfectly through that ring.”

Grams said she was eager to try the ring on again after so many years.

With family looking on she washed the ring with a little soap to get the dirt off.

It slid on her finger as easily as it did when her husband gave it to her.

“We were giggling and laughing,” she said. “It fit. After that many years it fits.”

— By John Cotter
The Canadian Press 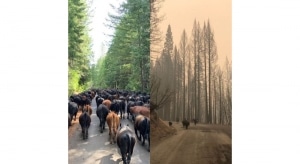 WASHINGTON — Fifth-generation California cattle producer Dr. Dave Daley testified before the U.S. House Subcommittee on National Parks, Forests, and Public Lands. Daley shared his expertise on wildfire management as an experienced cattlemen, longtime educator, and survivor of the 2020 Bear Fire in Butte County, Calif. He serves as Chair of the National Cattlemen’s Beef […]

What you need to know about the solar eclipse

Girl who was granted a "unicorn license" shows what's possible with imagination and determination
January 30, 2023