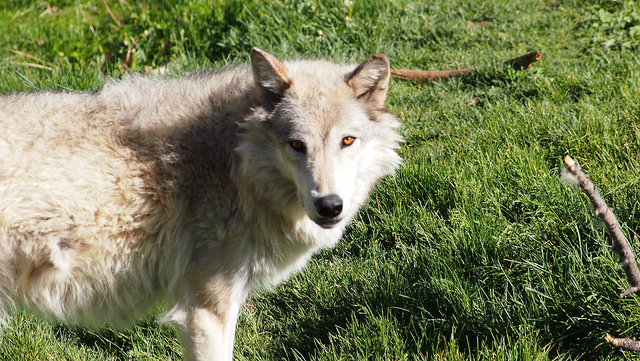 CFBF and CCA have sued the California Fish and Game Commission to overturn its decision to list the gray wolf as an endangered species in California, which would allow more flexibility in wolf management. (Ian D. Keating, Flickr/Creative Commons)

SACRAMENTO — California has experienced its first confirmed livestock depredation by wolves since the gray wolf returned to the state in 2011.

A livestock loss determination report issued Oct. 20 by the California Department of Fish and Wildlife confirmed that one week earlier, Oct. 13, the Lassen Pack of wolves killed a cow on private property in western Lassen County. Data from a GPS tracking device worn by the breeding female of the Lassen Pack—known as LAS01F—confirms the wolf was present at the site for at least six hours on the night the 600-pound yearling heifer was killed.

According to the CDFW report, “wolf tracks were observed within the area,” including “kick marks and disturbed ground consistent with a struggle.” It was evident that wolves had killed the heifer, the report said, because of the location and nature of the bite marks, many of which were more than an inch deep.

“It’s important for Californians to understand the full implications of the wolf’s return,” California Farm Bureau Federation President Paul Wenger said. “CDFW has been more than willing to notify the public when it identifies a new pack or when wolves have pups. People need to recognize wolves not as cute woodland creatures but as predators that kill.”

CFBF and CCA have sued the California Fish and Game Commission to overturn its decision to list the gray wolf as an endangered species in California, which would allow more flexibility in wolf management.

Although the Oct. 13 incident marked the first confirmed livestock kill by a wolf, suspected kills occurred on four other occasions between Sept. 19 and Sept. 30, each reported by the same Lassen County rancher whose cow suffered the confirmed kill this month. CDFW did not confirm any of those incidents, but GPS data and eyewitness reports place the Lassen Pack near the cattle at the time.