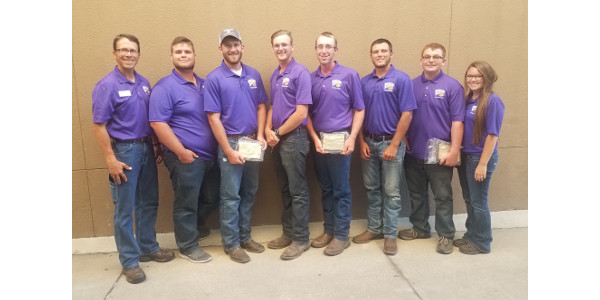 The competition was held at Iowa State University July 27. The WIU team placed third in the Undergraduate Student Contest and received an award for team sprayer calibration.

“The contest involves a variety of parts, which are relevant to the agricultural field.,” said Brewer. “I found the contest challenging, although it helped me to practice herbicide ID, weed ID and sprayer calibration. These skills will be valuable in my future agronomy courses and my future career as an agronomist.”

The competition also aims to increase visibility of weed science and its importance for the agricultural industry.

For more information about the WIU weed science team, email Benards at ML-Benards@wiu.edu.