Home / Illinois / WIU ag teams earn honors at National Barrow Show
A new user experience is coming! We'll be asking you to login to your Morning Ag Clips account March 1st to access these new features.
We can't wait to share them with you! Read more here. 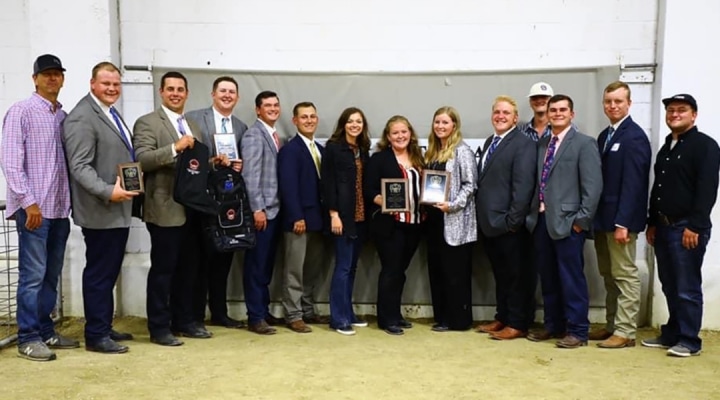 The WIU Show Team was named Champion in the purebred truckload section, which then led to being named Grand Champion Overall in the truckload portion of the competition. The students spent countless hours in the barn working with these pigs to get them just right for the show.

“During my time gearing up for the National Barrow Show, I learned a lot from the day we pulled our set of truckload pigs off of the cold nursery at the swine farm, to when we were throwing up the ‘W’s’ at the backdrop in Austin,” said junior agriculture major Dane Robertson, from Mooresville, IN. “To say the least, my favorite thing from my experience feeding the truckload was the bonding and getting to know all my teammates and classmates, who I’m now calling some of my best friends.”

“That special Monday at NBS was truly a dream come true for not only me, but for our team and school,” said Webster. “The whole experience was a representation of what we do here at WIU. We are in the trenches every day trying to out work everyone else, and at the end of the day we hope we land on top.”

For more information about WIU’s School of Agriculture, visit wiu.edu/agriculture.