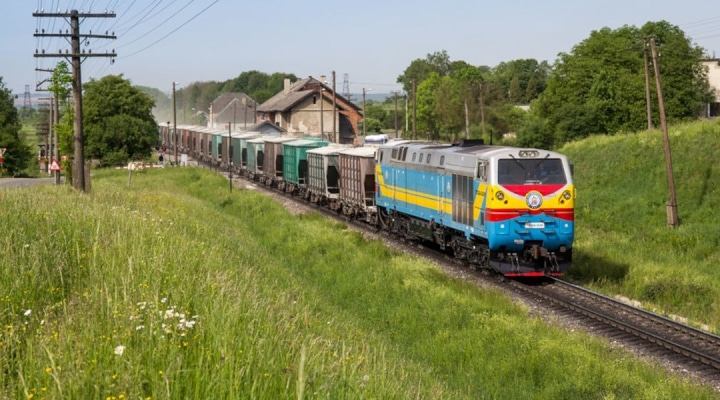 VIENNA (AP) — A train carrying 2,000 metric tons of Ukrainian corn arrived in Austria on Friday, part of European efforts to elude a Russian blockade of Ukraine’s ports that has prevented critical supplies of wheat, corn and other grains from getting to countries in Africa, Middle East and parts of Asia.

Standing in front of a rail car adorned with the Austrian and Ukrainian flags, Austria’s farming minister, Elisabeth Koestinger, said the shipment marked the establishment of a “green corridor” for important cargo shipments between the two countries.

The shipment comes amid a wider struggle to cope with disruptions to global food supplies triggered by Russia’s invasion of Ukraine, with both countries two of the world’s biggest suppliers of wheat, barley and sunflower oil. Russia is also a major exporter of fertilizers that farmers need to grow crops.

The potential loss of affordable grain supplies that millions around the world rely on for cheap bread and noodles has raised the risk of food shortages and political instability in countries where many people already were not getting enough to eat. With food prices already soaring, the high cost of fertilizers and cooking oils are further squeezing the global food chain.

To help ease the crunch in a small way, trains will carry up to 60,000 metric tons of grain from Ukraine to Austria every month, adding to similar shipments to Germany. Those exports circumvent Russia’s blockade of Odesa, Ukraine’s largest port, on the Black Sea.

The Ukrainian ambassador to Austria, Vasyl Khymynets, called the new land route an important symbol of Ukraine’s cooperation with its partners.

“We are looking for routes to supply the world with food,” he said.

The initial Austrian shipment was purchased by animal feed producer in that country. Subsequent cargoes were expected to find their way to the “global south,” Koestinger said, with Ukrainian food supplies in demand in central Africa.

The load of corn left Ternopil province in western Ukraine, and Austrian Railways picked it up in the Slovakian border town of Cierna.

Other countries also have started setting up their own “green corridor” routes, Koestinger said. Such land routes have been used during the war to help civilians trying to flee the fighting.

Austrian Railways already has been carrying Ukrainian cargo three times a week to northern Germany via Slovakia, the Czech Republic and Poland on trains that can carry up to 2,000 metric tons.

Now, it will ramp up the frequency with daily trains to Brake, Germany, near Bremen, where a port specializes in shipping animal feed and grain.

The Austrian government estimates that due to the war, harvest losses might be as high as 30% to 50% compared with pre-war production.

The Kentucky Derby: Producing excitement since 1875