Home » With half of Pa. dogs unlicensed, legislation to increase licensure rates

From Potter to Pike, there are more than 400,000 estimated dogs that fall under the responsibility of seven dog wardens. These wardens from Region 3 are also often pulled to cover Region 7, which is severely understaffed. In 2020, wardens were called to more than 1,200 dog-related incidents (dogs running at large, attacks, etc). As Pennsylvanians return to work, are home less frequently, and large gatherings return, the Bureau of Dog Law Enforcement anticipates a spike in these numbers for 2021. (photo provided)

WILLIAMSPORT, Pa. — Agriculture Deputy Secretary Fred Strathmeyer said that only about 50 percent of Pennsylvania’s approximately three million dogs are licensed. That’s about 1.5 million dogs in Pennsylvania with no ticket home if they get lost and no way to track down an owner if they would bite or attack a person or another animal.

Republican state Representative Jeff Wheeland joined Strathmeyer at the Lycoming County SPCA to highlight legislation that would increase licensure rates. Increasing the number of dogs licensed in PA would both help address the Bureau of Dog Law Enforcement’s funding crisis and alleviate stress of dog-related incidents for local government.

“In Pennsylvania you can buy a dog at 8 weeks of age, but the legal age to license a dog is 12 weeks,” said Strathmeyer. “This results in an incredible loss for the bureau, as the time lapse allows owners to push licensing aside.

“We’re going to kill two birds with one stone with House Bill 526 and Senate Bill 232 – we’re going to close that gap and increase licensure rates and ensure the Bureau of Dog Law Enforcement has the funds they need to continue their vital work,” added Strathmeyer.

Currently, all dogs are required to be licensed by 12 weeks of age in Pennsylvania. A dog license serves as identification for a lost dog and helps to track down responsible owners in the case of an incident with the dog. Unlicensed dogs increase the workload and stress for local government and Pennsylvania’s animal shelters and rescues.

“The Lycoming County SPCA receives over 200 stray dogs in a year. Rarely do the dogs have a license tag to identify their owner,” said SPCA Executive Director Victoria Stryker. “Only 76% of dogs are claimed by their owners. Licensing helps us return dogs to their owners and helps fund our work.”

“The Lycoming county commissioners are fully supportive of these bills as they’re critical to ensuring the safety of our neighborhoods and diligence with our resources,“ said Commissioner Rick Mirabito, “Without these bills, we’ll spend valuable time and taxpayer dollars responding to dog-related incidents that should have been covered by dog wardens of the state.”

The sale of dog licenses saves taxpayer dollars and dog owners collectively share in the well-being of dogs across the commonwealth and people who find a lost dog with a license on its collar are more likely to seek out the dog’s owner and recognize that the dog is not a stray, but someone’s valued pet.

Annual dog licenses in Pennsylvania cost a minimal fee of $6.50, a fee that’s remained the same for the past 25 years while the national average rose to $10 for an annual license. While the dog license fee has remained the same, personnel costs for the Bureau of Dog Law Enforcement have nearly doubled, with an increase of nearly 88 percent. This increase in personnel cost is despite reduced staffing levels and not filling mission critical vacancies. In addition to an increase in staffing costs, the bureau has seen an increase in operating costs by 172 percent. The discrepancy between revenue, generated by dog licenses, and costs to provide services to Pennsylvanians cannot be denied.

Since its enactment in 1893, the enforcement of the dog law has been funded through the sale of dog licenses. Now, with the bureau experiencing a funding shortage, taxpayer dollars are being redirected to the bureau to keep the minimum mandated services up and running. For the 2020-21 budget year the bureau accepted a supplemental transfer of taxpayer dollars in the amount of $1.2 million. Another $1.5 million is proposed for 2021-22.

State Senator Judy Schwank (D-Berks) and State Representative Eddie Day Pashinski (D-Luzerne) have introduced two corresponding pieces of legislation, Senate Bill 232 and House Bill 526, to decrease the legal age for licensing to eight weeks and also raise the dog license fee by a minimal amount that would adequately fund the bureau to continue protecting both dogs and the public in Pennsylvania.

The proposed fee increase is in line with standard inflation and will fund the work of wardens to ensure humane treatment of dogs and investigation and tracking of dangerous dogs.

A minimal fee increase – for example for a spayed/neutered dog would increase from $6.50 to $10 annually – will benefit Pennsylvanians at large. The bills will also require puppies to be licensed at 8 weeks or the same age they are legally allowed to be sold. This is expected to increase license sales of puppies and further stabilize the bureau. 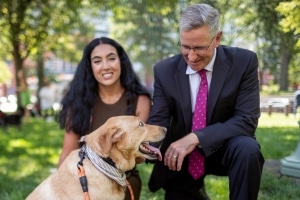 Be voice for Pennsylvania pups 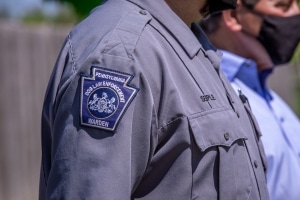 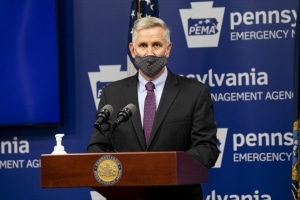 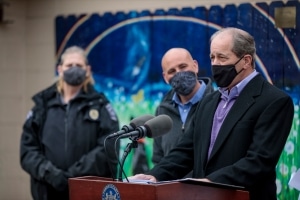 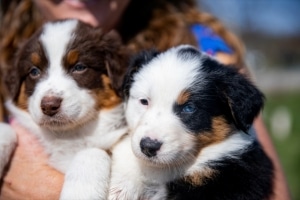 PDA to spray for spotted lanternfly along transportation rights of way