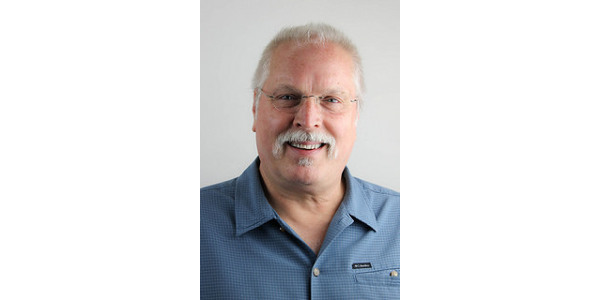 Mark Stephenson, Director of Dairy Policy Analysis at the University of Wisconsin-Madison Extension and the College of Agricultural and Life Sciences spoke with Lorre Kolb on what lies ahead for dairy. (experts.news.wisc.edu)

MADISON — Lorre Kolb: How Wisconsin’s dairy industry fared in 2019 and what lies ahead. We’re visiting today with Mark Stephenson, Director of Dairy Policy Analysis at the University of Wisconsin-Madison Extension and the College of Agricultural and Life Sciences and I’m Lorre Kolb. Mark, can you give us a recap of dairy in 2019?

Mark Stephenson: This was one of those years when we’ve seen a lot of things happening that don’t seem to correspond to one another. For example, it was finally after five years a year when we saw some milk price recovery, much needed on the part of dairy producers. And we hit the highest prices in November that we’ve seen since 2014. So that’s the good news. The bad news is by a lot of other measures, it was a bad year for dairy farmers. We lost a little bit more than 10 percent of our dairy farms from this state in the year 2019. So the accumulated five years of relatively low milk prices has a long tail on it. It was showing quite a lot in the way of farm loss in 2019 and I think that even though my forecast for prices will be better in 2020, I still think we’re going to see higher than normal farm losses.

Mark Stephenson: The first half of 2019 was essentially flat milk production, which is very unusual. It’s normal for us to be growing somewhat. We even had two or three months in the early part of the year when we were below year earlier levels of milk production. But milk production began to climb a little bit in the second half. It’s still well below a trend increase for Wisconsin. And that’s the reason we got some price recovery is just because Wisconsin and other states in the country saw declining milk production. So we began to pull down inventories of storable dairy products and those prices began to rise, that gave us a little better milk prices.

Lorre Kolb: How do you markets internationally affect production here in our prices?

Mark Stephenson: Well, when we began to join the major exporters club, you know, for dairy products, that was maybe back in 2004 and 5 started exporting a lot more. We’re now the world’s third largest dairy exporter. And as that particular title, it means that we now also have to compete with other major exporting countries like the European Union, New Zealand, Australia, Argentina. Those countries are all vying for the same customers that we’re looking for. And what happens in those other countries matters to us. So we’ve had also some tightness in milk production in other regions. The European Union is a good example, has had two years of drought. I mean, really pretty significant drought. And the low milk prices have been impacting their dairy farms as well. So that’s been a negative for them. And New Zealand has had a couple of other issues. One is that they’re facing, you know, just some environmental constraints as to how many more cows they can have. That, coupled with a bit of a mild El Niño effect, has meant that their milk production has not been up as much as expected either.

Lorre Kolb: What’s a prediction for 2020 for dairy farmers?

Mark Stephenson: As I mentioned, November of 2019 was the local high point for milk prices. We’re seeing them slide a little bit going into December and January, and that’s not unusual. The big dairy product buying season is usually from Thanksgiving through the Super Bowl and the purchasing that’s done for those dairy products like cheese, butter and so forth has been done at this point in time. So buyers are kind of stepping back. They’ve got commitments for what they need and they’ll wait and see then what goes on. So I think looking forward, it’s going to be really important for us to watch and see how the thing that we call the spring flush develops. How much milk are we going to have in the springtime, which is typically our largest milk producing quarter of the year. If that’s not much, if that’s soft and that’s kind of what I’m expecting, then I think we’re going to see prices rise fairly dramatically. If it’s a big flush and we have a lot of milk and there’s not going to be a big need for the prices to rise. The only question mark that I really have from the standpoint of a forecast for milk prices is not so much in 2020, but it may show up toward the end of 2020. And that is whether or not the US is poised to slide into at least slow economic growth, if not recession. There are certainly a number of pointers on the horizon that indicate that we’re probably at the top of our business cycle. In other words, it can’t get any better than this. We’ve had good brisk sales for dairy products, but if we slide into full blown recession, that’s never good for dairy products sales. And if that happens, then I think, you know, we need to be prepared for the beginning of the next downturn in prices. Honestly, I think that since this is a major election year, Washington will do everything it can to make sure that we’re not having obvious recession prior to election. But I think after that it’s going to be pretty hard to hold those waters back. So at the end of the year, we may begin to see some of those signs.

Lorre Kolb: And what should farmers do to prepare for that?

Mark Stephenson: Well preparing for that is going to be much like they’ve done in the past. And that is to say, during these years, maybe two years here, that we will have had for better prices, pay down debts, pay off the overdue bills that you’ve got, restore your balance sheets to the extent that you’re capable of, and get yourself ready for a year or two of lower milk prices. If that kind of thing happens, then, you know, these are the things that we normally are doing to make ourselves prepared for it.

Lorre Kolb: We’ve been visiting with Mark Stephenson, Director of Dairy Policy Analysis at the University of Wisconsin-Madison Extension and the College of Agricultural and Life Sciences and I’m Lorre Kolb.