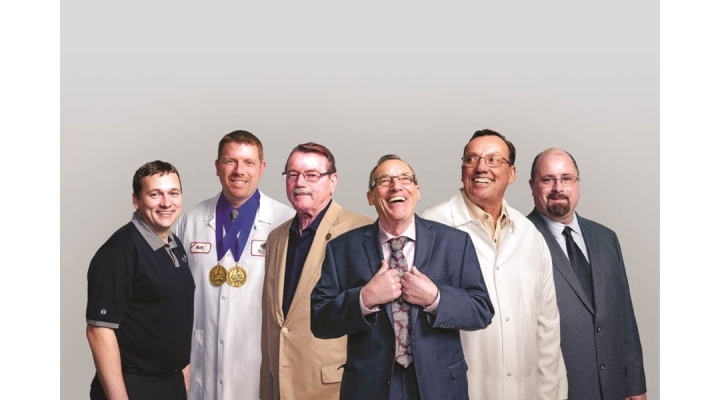 MADISON, Wis. — Wisconsin cheese, butter and yogurt makers win the most awards of any state, totaling more than one-fourth (26%) of all awards at the 2022 American Cheese Society Judging and Competition in Portland, Ore. That’s twice the awards won by the next closest competing state.

In total, Wisconsin dairy product artisans earned 27 first place awards, 33 second place and 30 third place. An impressive 28 Wisconsin cheese and dairy companies received awards demonstrating the depth and breadth of Wisconsin Dairy. The ACS Competition shines a spotlight on American cheesemakers by showcasing their talents and work as leaders within the industry, both for their excellent cheesemaking and commitment to food safety. The 2022 ACS competition included 1,387 entries from 196 companies. Awards are given to cheeses and cultured dairy products which have achieved technical excellence and exhibit the highest aesthetic qualities.

“We are incredibly proud of the artisanship and innovation within the Wisconsin dairy community. Wisconsin’s dairy heritage is evident in every wedge of cheese, stick of butter and cup of yogurt they make,” said Chad Vincent, CEO for Wisconsin Cheese and Dairy Farmers of Wisconsin. “With access to the world’s best milk and cheesemaking traditions dating back to before Wisconsin was a state, our cheesemakers never stop obsessing, creating and recreating to craft award-winning products.”

The Buholzer family of Klondike Cheese Company had a strong show taking home 15 awards for their expertise in yogurt and cheeses including various feta varieties, muenster and brick. Klondike Cheese has been producing award winning cheese at the same location since the late 1800’s and today is home to six Master Cheesemakers. The three brothers of the leading third generation – Ron, Dave and Steve Buholzer – along with Adam Buholzer, son of Steve and representing the fourth generation, as well as Matt Erdley and Ron Bechtolt, have all achieved Wisconsin Master Cheesemaker status. Wisconsin’s Master Cheesemaker Program® is one of only two in the world and takes 15 years to complete.

With Wisconsin crafting more varieties, types and styles of cheese than anywhere else on earth, there is something for everyone when it comes to Wisconsin Cheese. Look for the Proudly Wisconsin Cheese® badge to taste some of the country’s best. To learn more visit WisconsinCheese.com.

Cut the cost of watering trees