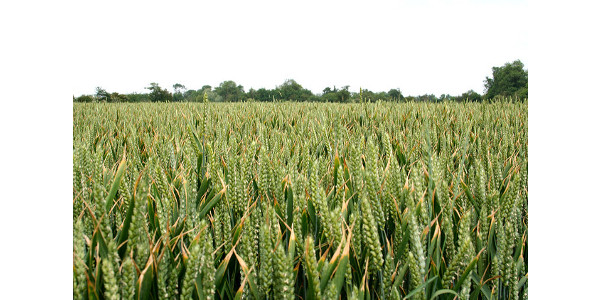 It is important to plant winter wheat at the proper time to allow for enough growth for the wheat to survive the winter and come out of dormancy in the spring ready to grow. (Andy / Andrew Fogg via Flickr)

A five year study conducted in southwestern South Dakota evaluating seven winter wheat varieties over four planting dates from September 15 to November 1 showed that delayed planting decreases yields. The results determined that planting mid September to the first of October consistently had the highest grain yield over the duration of the experiment. The November planting date was a dormant seeding, with the winter wheat not emerging until spring. Wheat planted November 1 was later in maturity and had the lowest grain yield. The October 15 planting date generally emerged in the fall and was in the 1-3 leaf stage of growth by freeze up and had the next lowest yields. The October 1 planting date typically had 3-5 leaves with 1-2 tillers by freeze up in the fall. Wheat planted on September 15 had good fall growth with as many as 3 tillers developing during the favorable growing seasons in the fall. Both the September 15 and October 1 plantings had larger crowns and more rapid development in the spring. These dates were also similar in yield and maturity.

It is important to plant winter wheat at the proper time to allow for enough growth for the wheat to survive the winter and come out of dormancy in the spring ready to grow. Planting too early is also detrimental to yields, as an earlier study showed. Planting in August to the first week of September had lower yields than wheat planted mid to late September. These yield losses were mainly due to infection with barley yellow dwarf which is transmitted by aphids. Planting after September 10 significantly reduces the amount of aphid feeding and the potential for virus infection. Another problem with the early planted wheat is that it sometimes has too much fall growth which can use up moisture and nutrients leading to stressed plants in the spring. This will cause slow development in the spring that can lead to reduced yields.

Overall, results of these studies indicate the best dates for planting winter wheat in South Dakota are September 10 to September 30 in the northern areas and September 15 to October 10 in the southern part of the state. 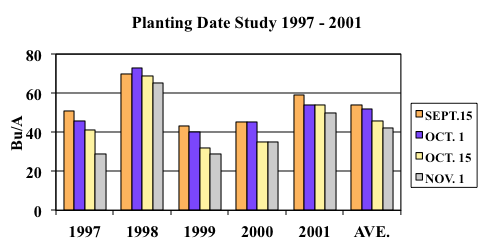 Annie's Project to be held in McIntosh

Protecting your garden from squash bugs