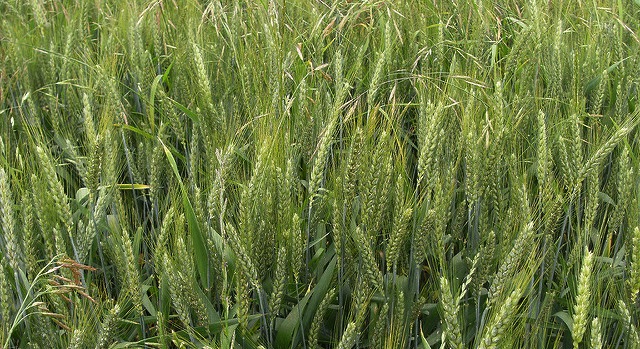 "We determined the wheat cover crop will not affect the soil water availability nor the yield for the succeeding cotton crop substantially under the simulated conditions," said Dr. Srinivasulu Ale, AgriLife Research geospatial hydrologist at Vernon. (born1945, Flickr/Creative Commons)

VERNON, Texas — Interest in using cover crops to improve soil health continues to grow in the Texas Rolling Plains region, but the nagging concern of reductions in soil moisture and effects on yields of subsequent cash crops still exists.

A Texas A&M AgriLife Research-led team is releasing the results of a recent simulation study that builds on field research in the December issue of Transactions of the American Society of Agricultural and Biological Engineers, or ASABE, journal.

The paper, Simulated Effects of Winter Wheat Cover Crops on Cotton Production Systems of the Texas Rolling Plains, is part of the “Crop Modeling and Decision Support for Optimizing Use of Limited Water” collection by the Natural Resources and Environmental Systems Community of ASABE at http://bit.ly/2izRZBY.

“We determined the wheat cover crop will not affect the soil water availability nor the yield for the succeeding cotton crop substantially under the simulated conditions,” Ale said.

Funding support for the research study was provided by Cotton Incorporated.

DeLaune said previous field studies from the Rolling Plains and adjacent High Plains demonstrated mixed results, with some showing a reduction in soil moisture and cash crop yield due to cover crops and others indicating no significant impact of cover crops on subsequent fiber yield.

Evaluation of the CROPGRO-Cotton and CERES-Wheat modules within the cropping system model of the Decision Support System for Agrotechnology Transfer, or DSSAT, for the region was one of the objectives of the latest study.

The second objective was to use the evaluated modules to assess the long-term effects of growing winter wheat as a cover crop on water balances and seed cotton yield under irrigated and dryland conditions, Ale said.

Winter wheat is one of the major small-grain crops typically planted for grain or forage in the region, DeLaune said. In recent times, winter wheat has been increasingly grown as a cover crop in Rolling Plains cotton production systems.

“Since winter wheat is widely grown as a forage crop or cash crop for grain, seed is readily available, making it a popular choice as a cover crop,” he said.

Another reason for choosing it in the modeled study is winter wheat can withstand extreme winter weather conditions and provides a good option to control wind erosion during early spring, when the region commonly experiences high winds, Ale said.

The long-term simulated water balance components, including transpiration, runoff, soil evaporation, mulch evaporation, drainage and change in soil water, under dryland and irrigated cotton systems with and without cover crops, were compared over a 15-year period from 2001-2015.

“Detailed water balance analysis showed no substantial differences in the average change in soil water between the treatments in both dryland and irrigated systems,” Ale said. “Similarly, although there was inter-annual variability, on an average there was no substantial effect of the winter wheat cover crop on seed cotton yield under both irrigated and dryland conditions.”