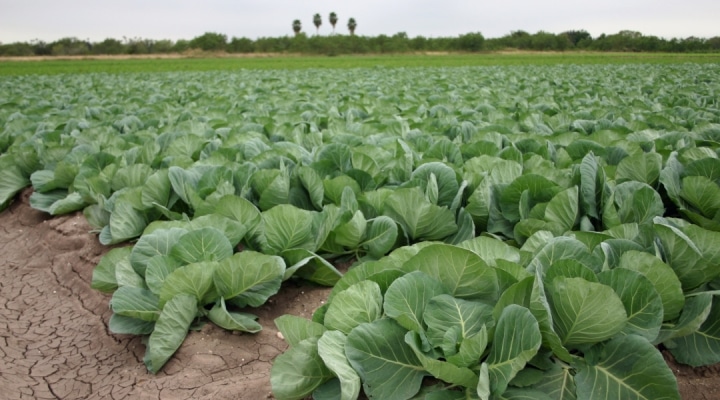 COLLEGE STATION, Texas — Winter vegetable crops were performing well in the Rio Grande Valley, and high demand and decent prices are making for a good start to 2022, according to a Texas A&M AgriLife Extension Service expert.

Anciso said cool season crops like onions, carrots, cabbage, celery and many varieties of leafy greens from spinach to cilantro were in good condition prior to the recent cold front and appear to have avoided significant damage. Temperatures reached just above freezing most nights but winds up to 20 mph were dropping wind chills below freezing.

Some leaf burn is expected but should not be bad if temperatures do not dip into the 20s, he said.

“There have been no real complaints about bugs or diseases, and conditions overall – from production to market – are much better than a year ago,” he said. “This cold front was a concern, but everything seems to be in decent condition. There is some concern about beet fields, but producers will keep the ground wet to protect the plants.”

Producers in the Rio Grande Valley have been reporting average to above-average yields and below-average pressure from insects and disease, he said.

Market prices and demand for cool-season vegetables have been very strong, especially compared to this time last year, Anciso said.

“Last year was disastrous for a lot of producers,” he said. “Prices were low, and it was a bad production year between the winter storm, rains coming during harvest and problems with labor and trucking. There are still challenges, but the situation is much better this year.”

Anciso said better prices provide growers a better chance at profits due to higher input prices on everything from fertilizer and fuel to packaging and labor.

Vegetables are typically irrigated by drip tape that delivers water directly to plant roots, and fertilizer is spooned in for individual plants, Anciso said. Vegetables also require more nitrogen, phosphorous and potassium than row crops like corn or cotton.

Anciso said availability of crop maintenance supplies is of greater concern than higher prices for inputs.

“Some supplies like drip tape and plastic for low tunnels are in shorter supply than usual and therefor prices are higher,” he said. “But some things, if you can’t get it, you just can’t get it.”

Anciso said water is another looming concern for growers in the Rio Grande Valley. South Texas is a historically dry region, but irrigation has created year-round cropping opportunities due to its warmer climate.

Growers in the Rio Grande Valley prefer to control water rations for vegetable crops, Anciso said. Therefore, they prefer that the rain falls elsewhere in the watersheds that feed the lower Rio Grande River or the region’s primary reservoirs of Falcon Lake, between McAllen and Laredo, and Lake Amistad, north of Del Rio.

Anciso said it is still too early to tell, but water availability for spring-planted crops like corn, sorghum and cotton and the subsequent fall cropping season could be a concern. Lake Amistad controls downstream water flows that feed into Falcon Lake, but both are fed by watersheds in Mexico, west of the Rio Grande River.

It is a difficult spot for growers to be hoping for rain where it is needed and hoping against too much rain where it could put crops in jeopardy, he said.

“Growers want to avoid rainfall because it adds to crop maintenance when you have potential for more disease and pests. But the real problem rain presents is that it can cause production issues and delay harvest,” he said. “With crops like fresh vegetables, harvest needs to stay on schedule and any delay can leave produce rotting in the fields.”