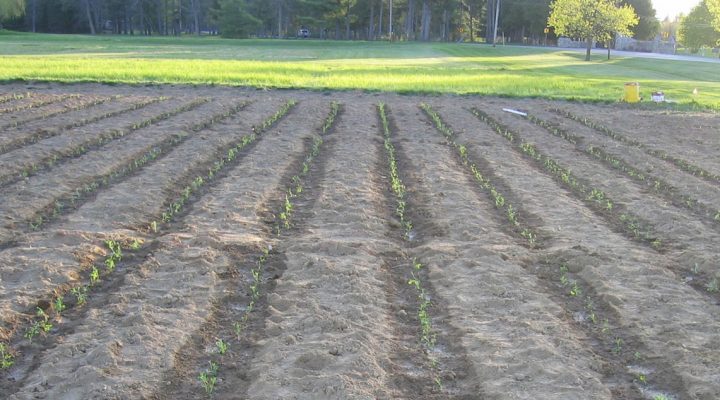 CHAZY, N.Y. — Winter weather in recent years has created a variety of conditions for Cornell University researchers evaluating the cold weather hardiness of alfalfa crops. At the request of the farmer-driven Northern New York Agricultural Development Program, Dr. Julie L. Hansen and Dr. Donald R. Viands of the Cornell University School of Integrative Plant Science are evaluating carefully-selected alfalfa varieties in trials at the W.H. Miner Agricultural Research Institute in Chazy, NY. The preliminary results of this research have been recently posted at nnyagdev.org.

‘The ultimate goal of this research is to lesson winterkill losses of alfalfa, thereby reducing the money and time farmers lose to forage loss and reestablishment costs for this valuable perennial crop that feeds the dairy and livestock industries,’ notes Viands.

Data on the fall dormancy and winter survivability of six alfalfa varieties planted in 2015 and 2016 at Chazy is being correlated to the National Alfalfa and Miscellaneous Legume Variety Review Board standards that require winter survival ratings collected over either two years or two locations to be averaged.

The combined two-year evaluation of the 2015 and 2016 alfalfa trials in Northern New York creates a baseline index to help growers make a more well-informed decision about which alfalfa varieties might work best for their growing conditions and micro-climate areas.

To add to their data set, Hansen and Viands are separately analyzing the winter hardiness of alfalfa populations planted at Chazy for a brown root rot-resistance trial funded by the farmer-driven Northern New York Agricultural Development Program. That trial experienced a major winterkill in 2012, providing a small sampling of surviving plants for evaluation.