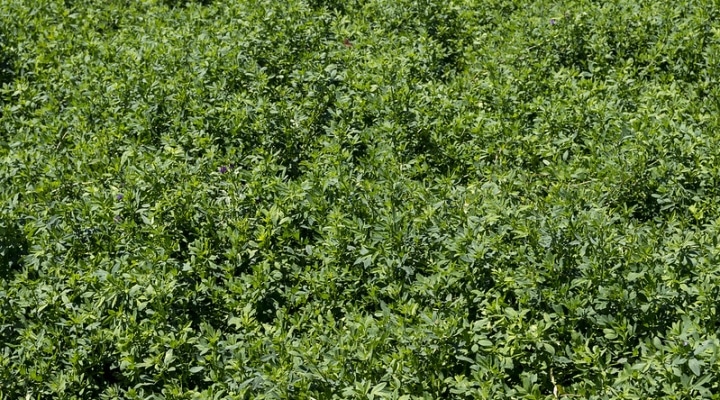 NORTH PLATTE, Neb. — Whether you planed it originally or held off due to dry conditions in the fall, the time for spring planting alfalfa is just around the corner. Selecting the right seed is crucial, and two traits to consider are fall dormancy and winter survival. These traits are often treated the same, but are different.  Today let’s look at winter survival.

Winter survival or winter hardiness is the ability for an alfalfa plant to make it through winter without injury, once the plant goes dormant. This is different than the fall dormancy rating that measures the alfalfa’s ability to prepare for and recover from dormancy.  Winter survival is measured on a 1 to 6 scale with 1 being extremely hardy and 6 not hardy.  For Nebraska, a winter survival rating of 3 is about as high as we want to go.  There are free alfalfa ratings available online that may be helpful for comparison between varieties.

As temperatures drop and days shorten, alfalfa plants change their physiology to survive freezing temperatures and make it through winter.  Increased hardiness can lead to reduced yield potential, but for a high dollar perennial forage, having a stand year after year is key.

In the past, winter survival traits were linked with fall dormancy.  With new varieties, this isn’t always the case, so winter survival needs to be evaluated on its own.

We want to pick a winter survival ranking that will get us through winter without compromising yield.  Where you are in the state plays a big role in what to pick. Winter temperatures affect the choice, but maintained snow cover is also important.  As snow can help insulate the ground, parts of the state that regularly have open winters may need as high or higher survival rating than colder locations with winter-long snow cover.

Bottom line for Nebraska, a winter survival rating of 3 is about as high as we want to go and areas with open winters or regularly colder temperatures should be even lower.