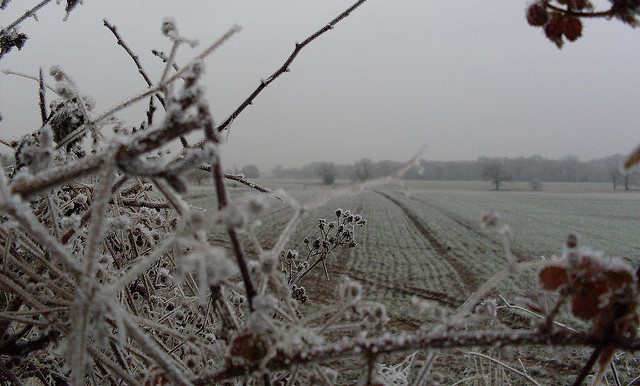 While March will get off to a rather cold and wintery start for much of the country, the second half of the month is projected to be generally near to slightly warmer than normal for many. (ClaireDPhotography, Flickr/Creative Commons)

WASHINGTON — Although meteorological spring begins today, temperatures to start March in the U.S. are expected to be some of the coldest on record for this timeframe, trending well below normal. The first day of March is expected to trend colder than normal across the northern portions of the country, but warmer to much warmer than normal to the south. By the weekend, though, cold arctic air is expected to begin to descend into areas from the Northern Rockies to the Plains and expanding south and east into Sunday. High temperatures on Sunday are expected to be near or below zero from eastern Montana to Minnesota and into portions of northern Nebraska, while sub-zero lows could extend into portions of Kansas up toward Chicago.

By the start of the next work week, a widespread area from the Northwest down to Texas and throughout the Midwest will trend at least 15F below normal. Near to sub-zero low temperatures will expand from Sunday, reaching possibly as far south as northern Oklahoma and Arkansas. On Tuesday and Wednesday, temperature trends of more than 15F below normal will spread all the way down to the Gulf Coast and into the East Coast, while still impacting the Central U.S. 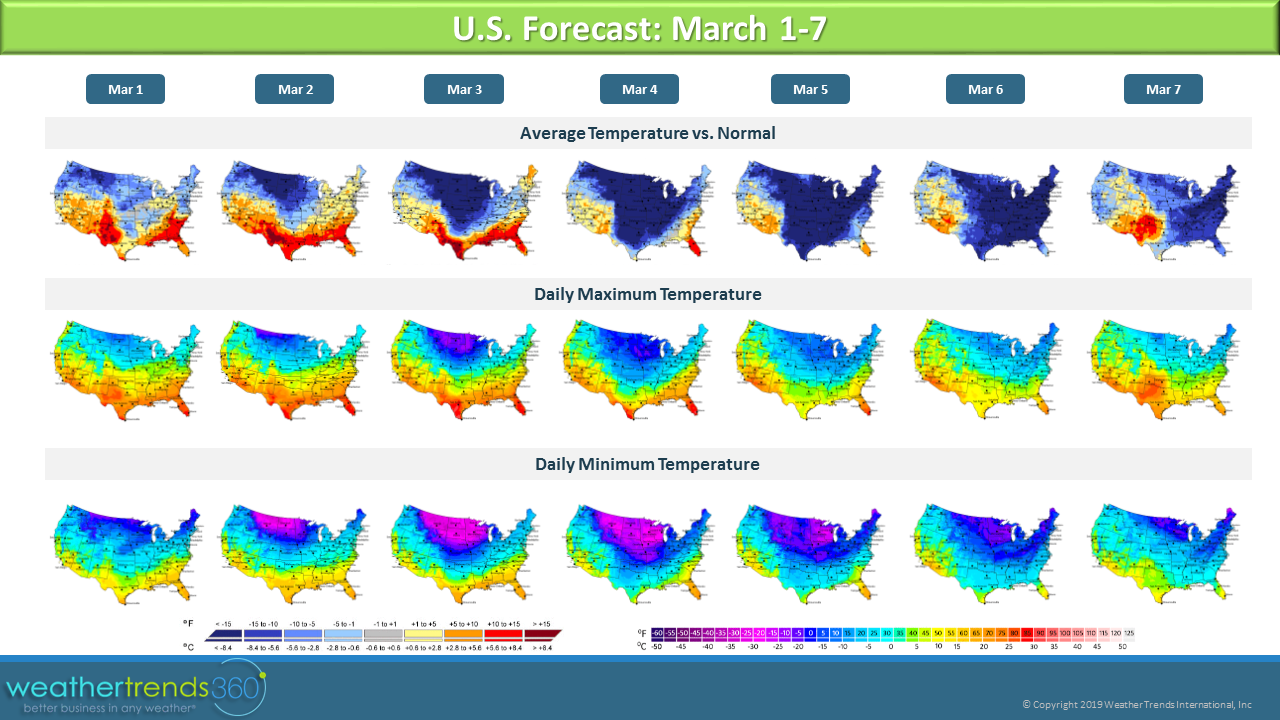 Accompanying the cold is the potential for snowfall, especially for the Central U.S. and Northeast. Some lighter accumulations are possible on Friday across the North Central, as well as a portion of the Mid-Atlantic. The weekend could produce some light snowfall in areas of the Midwest and Northeast on Saturday and a wider area with heavier accumulations from Colorado to eastern Pennsylvania on Sunday. This storm will track eastward, bringing the potential for snow to the Northeast and Mid-Atlantic for the start of the next work week. However, there is still uncertainty with the exact track and accumulations associated with this Sunday–Monday system.

While March will get off to a rather cold and wintery start for much of the country, the second half of the month is projected to be generally near to slightly warmer than normal for many. As compared to last year, the latter half of March will be warmer to much warmer in the Northeast and Midwest, but cooler in the South Central.

What is Median Farm Income?