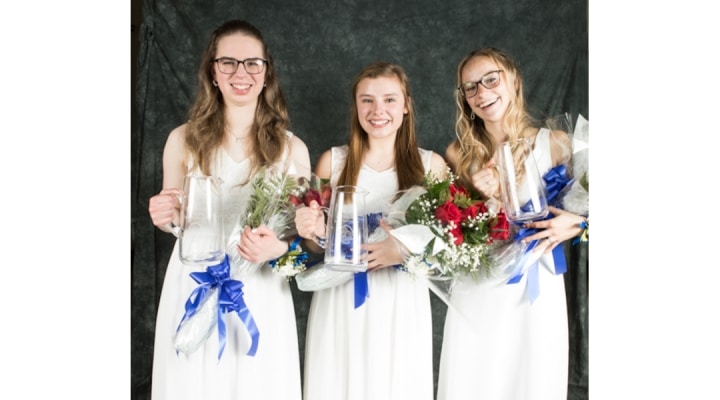 SYRACUSE, N.Y. — On Tuesday, February 22, 2022, Gabriella Taylor from Wayne County was named the 2022-2023 New York State Dairy Ambassador during a ceremony livestreamed from the Embassy Suites by Hilton Syracuse Destiny USA in Syracuse, N.Y. Taylor formerly served as the Wayne County Dairy Princess since spring of 2021.

As New York State Dairy Ambassador, Taylor will serve as a spokesperson and advocate for dairy farmers by attending special events to engage with and educate consumers on the nutritional benefits of milk and dairy foods; how farmers care for their cows and their land to produce a sustainable product; and the importance of the dairy industry to the New York state economy. Taylor will also receive a $1,200 scholarship and an internship opportunity with American Dairy Association North East (ADA North East).

The New York State Dairy Ambassador Program aims to build critical professional skills and confidence of young individuals who are passionate about the dairy industry. Ambassadors will be involved in statewide promotions and events. Individuals will gain experience collaborating with a team, knowledge of ADA North East promotion and marketing programs, and will participate in sessions led by experts in public speaking, social media, team building and leadership.

The 2022 competition marks the initial step in a change to the dairy advocacy program, now called the New York State Dairy Ambassador program. Last fall, ADA North East was asked to expand the dairy princess program to include both young men and women. The program changes will continue to roll out this spring, when young men will be able to compete for county Dairy Ambassador positions and ultimately for the state title. The core components of the program and the competition remain the same.

Participants were judged on a personal interview, impromptu questions, a prepared speech, a product knowledge exam, writing skills, and informal interaction with others. They were evaluated based on their communications skills and knowledge of the dairy industry.