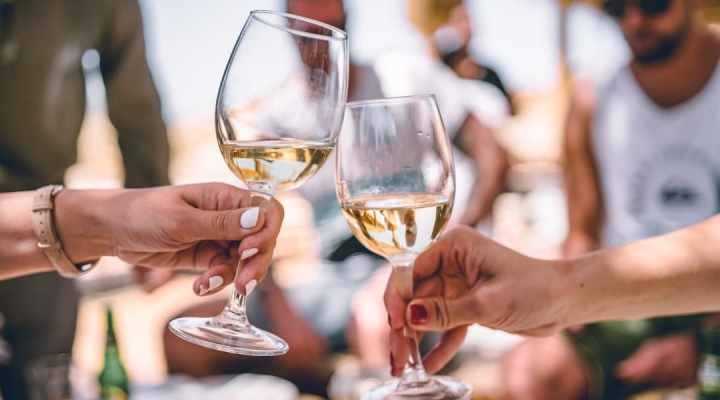 The Lifetime Achievement Award is given for a lifetime of “positively contributing to the health and well-being of the San Joaquin Valley Wine and Grape Industry.” (Photo by Zan on Unsplash)

FRESNO, Calif. — The San Joaquin Valley Winegrowers is proud to announce that the Association will be honoring two UC Davis Viticulture Giants with the Lifetime Achievement Awards. Continuing a tradition of honoring individuals who have spent their careers improving the viability and quality of hot weather viticulture and enology.  The awards will be presented at the Annual Research Roadshow on June 2 at the Fresno EOC Nielsen Conference Center.

About the Lifetime Achievement Award Recipients

Dr. Deborah Golino retired this past summer as founding Director of Foundation Plant Services (FPS), dedicated to the distribution of disease-tested, true-to-identity plant materials with programs for grapes, strawberries, fruit trees, nut trees, sweet potatoes, and roses.  In her decades of research with the University of California, Dr. Golino spearheaded the University’s response to Industry need for viable, sustainably clean (ie, virus free) plant materials for the development of modern vineyards and orchards.

Under Dr. Golino’s leadership FPS and its programs have grown considerably. She revived the Grape Importation Program that was dormant for several years. This was something the industry requested and was considered of high importance when she came to Davis. Currently, the FPS grape collection serves as the source of all material for the California Grapevine Registration & Certification Program and has grown to over 900 cultivars. It represents a great diversity of grape plant material and highly sought-after foreign selections progressed through quarantine as FPS is the largest grape importation facility in the United States.

Dr. Andy Walker is retiring this summer from UC Davis as the preeminent grape vine breeder of his generation.  Given the long-term nature of the grape breeding process, it’s not surprising that some of Walker’s more significant breeding projects came to fruition later in his career–the release of five nematode resistant rootstocks in 2009, and the 2020 official release of five new winegrape varieties resistant to Pierce’s Disease (PD). With additional winegrape cultivars in development in the Walker Lab being bred for both PD resistance and powdery mildew resistance, important new grapevine materials will continue to become available well after he retires.

His lab’s long-term contributions to the future health and visibility of the industry continue with pipeline working of nematode resistant and salt tolerant rootstocks.  These, as they develop will undoubtedly set the Valley up for decades of sustainable planting technologies.

About the Winegrowers Lifetime Achievement Awards

Usually presented at the Association Annual Meeting, the Lifetime Achievement Award given for a lifetime of “positively contributing to the health and well-being of the San Joaquin Valley Wine and Grape Industry.”  These two recipients are particularly well-suited for the award as they have been working tirelessly to improve and perfect the quality of every single glass of wine in the State – by making sure that the vines and plant material we have build the best possible vineyards for producing world class wine.

For more information about the event visit www.idrinkwine.net