Home / Iowa / Will the weeds win?
A new user experience is coming! We'll be asking you to login to your Morning Ag Clips account March 1st to access these new features.
We can't wait to share them with you! Read more here. 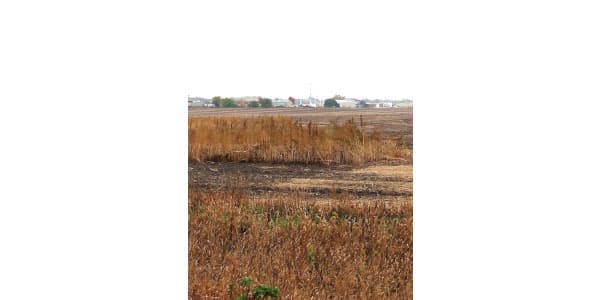 "I have been watching several fields where they left patches of a soybean field because the weeds were just too thick," writes Kohl. (Courtesy of ISU Extension and Outreach)

PRIMGHAR, Iowa — This year’s late August rains and warm September have helped grow escaped water hemp and other herbicide resistant weeds to out of control levels. I have been watching several fields where they left patches of a soybean field because the weeds were just too thick. The risk of breaking the combine head was just too high and the downtime was not worth it. While I believe they will still go in and harvest them late, when the frosted stems dry out, it shows that we have a growing problem with herbicide resistant weeds.

The combine’s normal cleaning system will tend to separate the soybeans and spread the weed seeds over a wide path. Weeds, like water hemp, can produce over 1 million seeds each and more than 10 million pollen spores to move the resistant genes through the air as far as the wind can carry them.

Last year, I attended a workshop on how the Australians are modifying their combines to help aid in weed control. The weed seeds were either ground to a powder or were separated into a windrow where they were later burned to kill them. The research was fascinating and the possibility of using the combine as a weed control tool might make more sense as the weeds get tougher to control. Their research showed that it takes more power and slower harvest with weeds than clean fields.

Farmers will need to pay close attention to the weed escapes in their soybeans and work harder in the corn year and the following year in the soybeans to prevent the spread of these troubling weeds. Consider digging the cultivator out of the boneyard and at least making an outside round to control the weeds from moving inside the field. Consider walking these areas before they get out of control. I have not seen a weed that is resistant to a steel sweep cutting through it. Keep record of these areas so you can call in the big guns before you have to leave them unharvested.

We need to up our weed control game to prevent the weeds from winning.