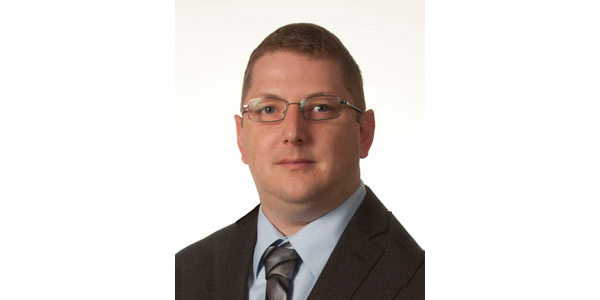 According to University of Illinois agricultural economist Todd Hubbs, the corn yield forecast has recently come under scrutiny due to the latest industry estimates predicting yields below the current projection. “The question is whether the corn production forecast will change enough to result in higher prices than those currently reflected in the market,” Hubbs says. (ace.illinois.edu)

URBANA, Ill. — December corn prices approached contract lows not seen since the second week of July as August ended. The continued weakness in corn prices persists despite 2018-19 marketing-year projections of stocks to use near 11 percent. The August Crop Production report forecasted 2018 corn production at 14.586 billion bushels with a yield of 178.4 bushels per acre.

According to University of Illinois agricultural economist Todd Hubbs, the corn yield forecast has recently come under scrutiny due to the latest industry estimates predicting yields below the current projection. “The question is whether the corn production forecast will change enough to result in higher prices than those currently reflected in the market,” Hubbs says.

The USDA forecast for the 2018 U.S. average corn yield in August sits at 178.4 bushels, approximately seven bushels above the estimated linear trend from 1960. Using data since 1997, the change in the yield forecast from August to September declined in 11 of those years.  The decline exceeded one bushel in five of those years and dropped more than two bushels in four years.

The quick maturity for the crop this year combined with a decrease in the combination of good and excellent ratings over the last month from 70 to 68 percent provides some support for this speculation. By comparing crop progress for years since 1997, seven years witnessed the national crop at the current 61 percent of dent this early in the year. Of those years, three years saw final corn yield above the trend projection. Excluding the drought year of 2012, the average corn yield for the remaining six years came in at 0.3 bushels above the estimated linear trend from 1960 to 2017.

“If the average deviation calculated above came to fruition this year, the national average yield would be approximately 172 bushels per acre,” Hubbs explains.

While corn yield continues to attract the focus for a potential reduction in production this year, Hubbs says acreage adjustments can alter production forecasts as well. The Farm Service Agency (FSA) released the first report for producers enrolled in federal farm programs for 2018 on Aug.10. Producers reported 85.77 million acres of planted corn, which is lower than the 89.1 million acres currently used by the National Agricultural Statistics Service (NASS) in the crop production report. The FSA total should rise through the rest of the year as producers complete reporting requirements.

“Because not all producers must report to FSA, the final FSA figure will be less than the last NASS estimate,” Hubbs says. The FSA report indicated 918,213 acres of prevent planting in corn thus far in 2018. Last August, prevent plant corn acreage came in at 950,634 acres with the final report totaling 964,596 acres. Prevented acreage of all crops in 2018 thus far totaled 1.855 million acres, lower than the 2.565 million acres reported in August of last year.

The Mid-South region contains the states with the largest prevent plant corn acreage in the August report. Mississippi, Louisiana, and Arkansas totaled 169,088, 142,198, and 119,677 of prevent plant corn acres respectively. Those three states contained 47 percent of prevented corn acreage this year thus far. Prevented corn acres in the Corn Belt were relatively small with South Dakota leading the totals at 119,664 acres.

According to the U.S. Drought Monitor, 11 percent of the corn production area was experiencing drought as of Aug. 21. Missouri, Texas, and Kansas endured the most severe issues related to drought. According to Hubbs, recent rains may have relieved some of the problems with extreme dryness in a few areas. Nationally, the current forecast for the difference between planted and harvested acreage for grain is 7.36 million acres. The difference between planted acres and acreage harvested for grain is 149,000 acres smaller than the average difference since 1997. Hubbs adds there is no indication of a significant change in planted or harvested acreage for corn this year in the major producing regions.

“The potential for lower corn production in 2018 than the current projections relies on the corn yield coming in below 178.4 bushels per acre. The upcoming crop production report Sept. 12 provides a solid indication of this year’s final corn yield due to the quick maturing crop.

“Due to the substantial consumption of corn this year, a relatively small change either direction in national yield projections can provide a significant price movement. Currently, the market appears to be pricing corn yield near 180 bushels per acre. With the 2018-19 ending stocks forecast at 1.68 billion bushels, a decline in the corn yield creates the necessary conditions to move prices higher in the upcoming marketing year,” Hubbs concludes.

Discussion and graphs associated with this article are available here: https://youtu.be/QiPlQdtY2FY