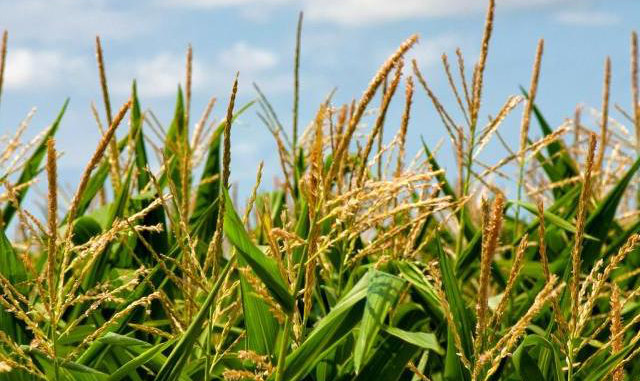 In most situations, full season hybrids will perform satisfactorily (i.e. will achieve physiological maturity or "black layer" before a killing frost) even when planted as late as May 25, if not later, in some regions of the state. (OSU CFAES)

COLUMBUS, Ohio — According to the USDA/NASS, for the week ending May 5, only 2% of Ohio’s projected corn acreage was planted — compared to 20% last year and 27% for the five-year average. Persistent rains and saturated soil conditions have delayed corn planting. The weather forecast this week indicates the likelihood of more rain so it is probable that many soggy fields may not be drying out soon.

Given this outlook, is there a need to switch from full season to shorter season hybrids? Probably not. In most situations, full season hybrids will perform satisfactorily (i.e. will achieve physiological maturity or “black layer” before a killing frost) even when planted as late as May 25, if not later, in some regions of the state.

In Ohio State and Purdue University studies, we have observed decreases in required heat units from planting to kernel black layer that average about 6.8 growing degree days (GDDs) per day of delayed planting. Therefore, a hybrid rated at 2800 GDDs with normal planting dates (i.e. late April or early May) may require slightly less than 2600 GDDs when planted in late May or early June, i.e. a 30-day delay in planting may result in a hybrid maturing in 204 fewer GDDs (30 days multiplied by 6.8 GDDs per day).

There are other factors concerning hybrid maturity, however, that need to be considered. Although a full season hybrid may still have a yield advantage over shorter season hybrids planted in late May, it could have significantly higher grain moisture at maturity than earlier maturing hybrids if it dries down slowly. Moreover, there are many short-to mid-season hybrids with excellent yield potential. Therefore, if you think you may end up planting in late May or early June, consider the dry down characteristics of your various hybrids.

Late planting dates (roughly after May 25) increase the possibility of damage from European corn borer (ECB) and western bean cutworm and warrant selection of Bt hybrids (if suitable maturities are available) that effectively target these insects.  In past OSU studies, Bt hybrids planted after the first week of June consistently outyielded non-Bt counterparts even at low to moderate levels of ECB.