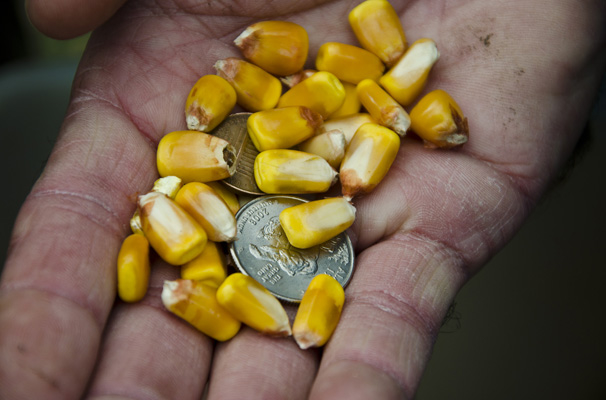 WASHINGTON — The Mexican Ambassador says there is a 50-50 chance that the North American Free Trade Agreement (NAFTA) will be “terminated.” Geronimo Gutierrez says there are tensions hanging over the three sides in the negotiations and that’s creating an air of uncertainty.

Meanwhile here in the U.S., several pro-trade Republicans met with President Donald Trump this week to discuss trade. Their goal was to let the president know on a face-to-face basis how important the NAFTA is and to keep negotiating.

U.S. food manufacturers exported $25 billion in products to Mexico and Canada in 2015. Without NAFTA, those products would have faced an additional $3.8 billion in tariffs.

If the coin flips to the side of getting an agreement settled, Mike Zuzolo from Global Commodity Analytics will have his eyes on the markets for a couple of U.S goods.

“If we got a new NAFTA I think that would help the hog market some, but I would really be watching our ethanol market because Canada is the number one buyer of U.S. ethanol,” Zuzolo said. “So the two commodities that would probably get the most bump to the upside if a new NAFTA agreement came to be would be ethanol and, in turn, corn.”

As the U.S., Canada and Mexico continue to hash out NAFTA, the U.S. Department of Agriculture (USDA) is looking for more trade opportunities outside of North America. Ted McKinney, the new USDA Undersecretary for Trade and Foreign Agricultural Affairs, has been busy since being sworn in. He’s visited India, Brazil, Columbia, and Panama recently with the goal of increasing trade possibilities.

McKinney spoke from a recent trip to Panama City, saying the goal is to remind trade partners that “we’re open for business, including both exports and imports.” The four countries he’s taken trips to are not the biggest U.S. trading partners but the goal is to “leave no stone unturned” when it comes to generating more business for agriculture. The U.S. signed free-trade agreements with Colombia and Panama in 2012 and trade has flourished since then.

The intention of these trips is also to grow trade both ways, with McKinney saying the U.S. benefits from imports too; especially of products the country doesn’t produce itself.

Headquartered out of his home-office in Atchison, KS, Mike’s office at Global Commodity Analytics & Consulting LLC is as technologically advanced as many offices in cities such as Chicago and New York, with state-of-the-art trading software and real-time quotes. Global Commodity Analytics clears its futures and options trades through one of the premier FCM’s in the country, Straits Financial LLC. www.GlobalAnalytics.biz