Home » Will beef make you a better athlete 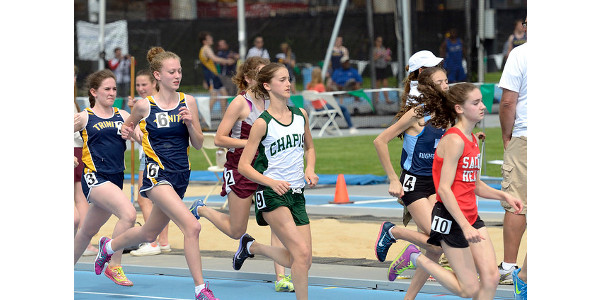 Through Checkoff funding, the University of Nebraska-Lincoln partnered with the Nebraska Beef Council to examine the relationship between beef's nutritional value, current dietary intake among youth populations, and the impact on athletic performance. (Steven Pisano via Flickr)

KEARNEY, Neb. — Through Checkoff funding, the University of Nebraska-Lincoln partnered with the Nebraska Beef Council to examine the relationship between beef’s nutritional value, current dietary intake among youth populations, and the impact on athletic performance. According to the CDC, approximately 63% of Nebraska high school students participated in at least one team sport in 2017, indicating that athletics are a pivotal part of the Nebraskan community. “Young athletes have increased nutritional requirements to support training demands, so strategies to teach these athletes about macronutrient and micronutrient intake may proactively improve athletic performance,” said registered dietitian Marni Shoemaker. Dietary intake surveys found female athletes typically have low intake of protein and iron, two vital nutrients for normal health and performance. According to Mitch Rippe, Director of Nutrition and Education at the Nebraska Beef Council, beef is an excellent source of protein and a good source bioavailable iron, making it a sound food choice to promote recovery from exercise and improve iron status. Therefore, an online sports nutrition education curriculum emphasizing nutrients abundant in beef was developed with collaboration from the Exercise Physiology Laboratory at the University of Nebraska-Lincoln and UNL Extension. The curriculum, entitled Husker Performance, consisted of seven lessons focused on meeting the nutritional demands of exercise and sport.

The research study evaluated if nutrition education alone could improve athletic performance and iron status. Athletes participated in athletic testing drills before and after participating in the curriculum. Iron status was also assessed at the pre- and post-testing sessions, while dietary intakes of key foods and nutrients were evaluated prior to starting the curriculum.

Three Nebraska schools piloted the sports nutrition curriculum, reaching a total of 184 students. Iron and protein intakes were lower in females than males, with iron intake lower than the recommended daily allowance (RDA). Beef intake was also found to be low for both males and females, with the athletes consuming about 7 ounces of beef per week – or the equivalent of about two servings per week.

Results showed that in a sub-sample of athletes who completed all assessments, there were no improvements in athletic performance. There were also no group improvements in iron status from pre-to post-testing. This indicates that education alone may not be sufficient to improve athletic performance or iron status but may be a useful tool in conjunction with individualized nutrition counseling, strength training and food interventions focusing on improving beef intake. Rippe added, “a great takeaway from this research shows the importance of coordinated nutrition education, regular physical activity, and a balanced dietary pattern with lean beef to help offset potential nutrient deficiencies in youth.”