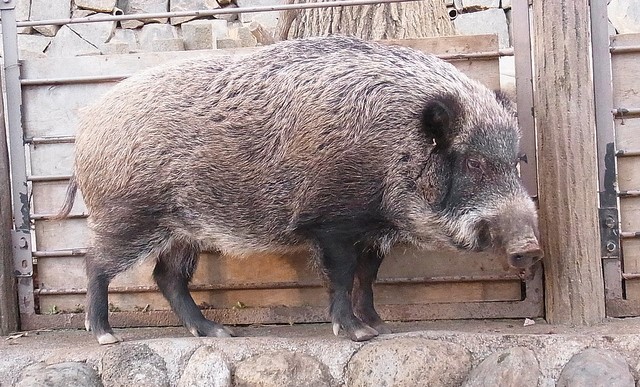 The ministry has called on local governments to conduct tests on dead wild boars if they find one, as part of measures to prevent the disease from spreading. (urasimaru, Flickr/Creative Commons)

TOKYO — The hog cholera virus found in a dead wild boar is the same type as found in infected domestic pigs in the central Japan city of Gifu, agricultural ministry officials said Saturday.

The boar was found dead Thursday in a roadside ditch about 7 kilometers away from a pig farm where the latest outbreak occurred earlier this month.

The central government confirmed the dead animal was infected with the disease through detailed analysis after the animal tested positive in the prefectural government’s gene test.

The Agriculture, Forestry and Fisheries Ministry and the Gifu prefectural government are investigating how the boar was infected.

Earlier this month, hog cholera infection was confirmed in the country for the first time in 26 years. An analysis from the ministry showed Friday the virus was likely to have been brought from overseas.

The ministry has called on local governments to conduct tests on dead wild boars if they find one, as part of measures to prevent the disease from spreading.

The ministry also plans to instruct pig farm operators to ensure there is no contact between their swine and wild boars, since infected wild boars can spread the disease to pig farms in other areas.

The swine fever is not contagious to humans and birds but highly fatal for pigs and wild boars.