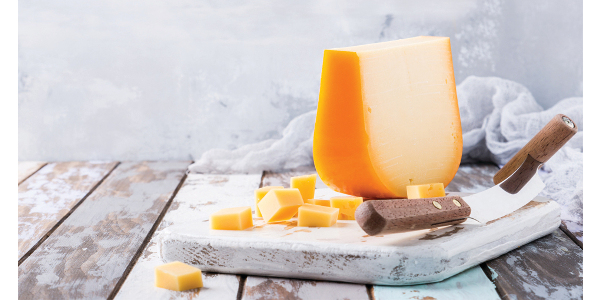 The Wisconsin Cheese Makers Association (WCMA) lauded the decision of an independent panel affirming that Canada did not uphold its obligation under the United States-Mexico-Canada Agreement (USCMA) to fairly administer tariff rate quotas on imported U.S. dairy products. (PDPW)

MADISON, Wis. — The Wisconsin Cheese Makers Association (WCMA) lauded the decision of an independent panel affirming that Canada did not uphold its obligation under the United States-Mexico-Canada Agreement (USCMA) to fairly administer tariff rate quotas on imported U.S. dairy products. The dispute was brought by the U.S. on May 25, 2021, and the panel delivered its final report on Dec. 20.

Canada holds tariffs rate quotas, or TRQs, on 14 categories of dairy products, including all cheese types and industrial cheeses. In its dispute, the U.S. found fault with how Canada administered these quotas. Canada is allowed to allocate quota and chose to establish pools – reserved amounts of quota – for dairy and other types of processors. Together, these Canadian processors hold 85 to 100 percent of dairy import quotas. A key article in the USMCA treaty requires that a party (Canada, in this case) “does not … limit access to an allocation to processors.”

The U.S. argued that Canada did, in fact, limit access to allocation almost exclusively to processors. The dispute settlement panel agreed, stating in its final report that “Canada’s practice of limiting access to an allocation to processors for 85 to 100% of 14 dairy TRQs is inconsistent with Article 3.A.2.11(b) of the Treaty.”

“This report makes clear that Canada violated the USMCA when it allocated import quotas almost exclusively to its dairy and food processing industry,” said John Umhoefer, WCMA Executive Director. “A more equitable allocation to different segments of the food supply chain, including distributors, foodservice companies, and grocery retailers can assure that U.S. dairy products have a fair opportunity to reach consumers in Canada.”

The U.S. expressly stated that it was not challenging Canada’s right to maintain its supply management system, and the panel’s final report emphasized the focused nature of this dispute: “The Panel’s ruling here is limited only to the facts of this case. The current Canadian system, which sets aside significant TRQ volumes only for processors, does not pass muster under the Treaty. However…the Panel does not question Canada’s interests in regulating supply and demand within its dairy industry, including by striving to ensure predictability in imports.”

Under USMCA rules, Canada has 45 days from the date of the final report to comply with the panel’s findings. The U.S. Trade Representative’s Office, which initiated this panel review, noted on Jan. 4 that from January through October 2021, the United States exported $478 million of dairy products to Canada, which is the third-largest export destination for U.S. dairy products.

“WFBF hopes this decision emboldens the Biden Administration to continue to open additional export markets and trade partners because when presented with an equal playing field, Wisconsin dairy products can compete with anyone on a global stage,” he said. “Consumers across the country have picked our state’s dairy products when given a choice, and we welcome the news that our neighbors to the north will finally be given the same choice.”