Home » Why do plants have a sense of direction? 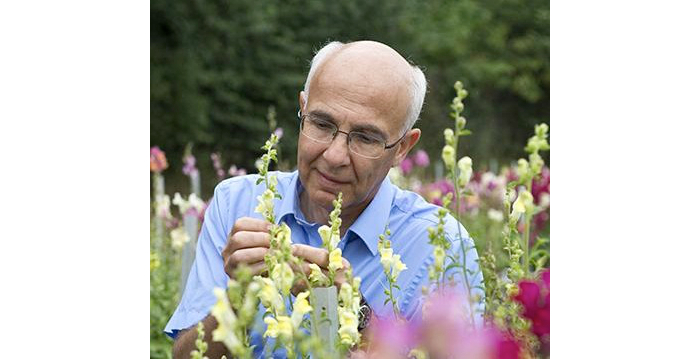 Scientists at the John Innes Centre, Norwich have published new evidence that plant tissues can have a preferred direction of growth and that this characteristic is essential for producing complex plant shapes. (The John Innes Centre)

NORWICH, England — Scientists at the John Innes Centre, Norwich have published new evidence that plant tissues can have a preferred direction of growth and that this characteristic is essential for producing complex plant shapes.

The work, carried out by Dr Alexandra Rebocho and colleagues in Professor Enrico Coen’s laboratory, contributes a new piece to the puzzle of how plant shapes are formed, and could have wide implications on our understanding of shape formation, or ‘morphogenesis’, in nature. Improved understanding of how genes influence plant shape formation could inform research into crop performance and lead to better-adapted, higher yield crop varieties.

Plant organs, such as leaves, petals, and fruits, each start out as a tiny ball of cells that grow into a specific final shape. The precise shape of these organs has been modified over millions of years of evolution in relation to specific functions such as attracting pollinators or catching sunlight.

One of the prevailing theories of how complex plant shapes develop, upon which this new research builds, is the theory of ’tissue conflict resolution’. At the heart of shape development are internal differences in how tissue regions grow, and it is the resolution of these conflicts that produces shapes. These tissue conflicts are not contentious, but precisely coordinated, with their resolution leading to a particular flower or leaf shape.

Within the ’tissue conflict resolutions’ theory, growth outcomes depend on groups of cells, called tissues. In isolation, individual regions of tissue would simply grow equally in all directions, or elongate in a preferred direction.

In reality, tissue regions do not occur in isolation. The adhesion and cohesion between adjoining regions, each following their own growth patterns, creates stresses, which cause the tissues to buckle, curve or bend to a compromise state.

These three-dimensional, out-of-plane tissue deformations are found extensively within the plant and animal kingdoms, and underlie some critical processes of animal development, including gut folding, neurulation, and development of the cerebral cortex.

The new paper, published today in eLife, provides evidence for the third category: directional conflict. Tissues, or collections of tissues, can have a set of directions, or ‘polarity field’, caused by asymmetrical distribution of proteins within cells. Tissue regions may respond to this directionality, i.e. grow faster parallel or perpendicular to the local polarity field.

Much like surface and areal conflicts, adjoining tissues with differing specified directions of growth will lead to conflicts. When combined, resolution of the three types of conflict can produce vastly diverse and complex shapes.

This research moves us one step closer to understanding how genes can influence the remarkably intricate and beautiful plant shapes we see all around us.

—The John Innes Centre
via EurekAlert!