Subscribe
Home / National / Why do pathogens harm some plants but not others? 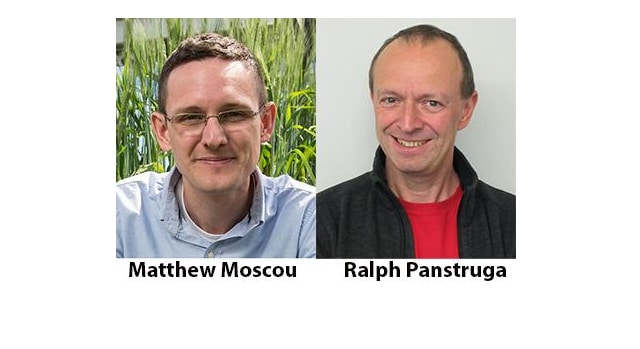 WASHINGTON — People have puzzled for years why pathogen Phytophthora infestens causes the devastating late blight disease, source of the Irish Potato famine, on potatoes, but has no effect at all on plants like apple or cucumber. How are apple trees and cucumber plants able to completely shake off this devastating pathogen? Agricultural scientists have wondered for years: if this resistance is so complete and persists over so many generations, is there some way we could transfer it to susceptible plants like wheat and thereby stop disease?

Why is it so important to determine the molecular basis of nonhost resistance?

There are many examples of plants that are susceptible to one pathogen but able to resist another closely related pathogen. By uncovering the mechanism behind resistance, we can obtain a deeper understanding of the plant immune system and can also uncover previously unknown aspects of immune signaling and regulation, which can help scientists improve resistance against a broader spectrum of pathogens.

This question has always been important as pathogens are a consistent threat to agriculture, limiting how much food is produced and where crops can be grown. Scientists continue to learn ways to reduce the impact of disease, through the development of pesticides, implementing new practices in the field, and breeding crops with enhanced resistance.

However, the modern world inadvertently undermines these efforts in a number of ways. Globalization and increased movement have contributed to the spread of pathogens into new environments. A prominent example is the recent emergence of wheat blast disease caused by the fungus Magnaporthe oryzae, which for a long time was unable to colonize wheat.

“The field of nonhost resistance sets out to identify novel ways to engineer resistance to these plant pathogens, guided by approaches that already exist in nature,” explained Matthew Moscou, a scientist at The Sainsbury Laboratory in Norwich, United Kingdom. “This question is fundamental to understanding why some plants get infected by a particular pathogen and others don´t, and, vice versa, why a given pathogen can only successfully colonize a limited number of plant species, which collectively form its host range.”

What do we know about nonhost resistance?

Scientists have learned that nonhost resistance is a feature controlled by many genes and largely governed by the characteristic attributes of a given plant-pathogen constellation. Pre-existing and induced physical barriers, such as the plant cuticle, and the secretion of antimicrobial molecules are often key factors in nonhost resistance. More recently scientists have recognized the interplay of host NLR-type immune sensors and secreted pathogen effector proteins as another important determinant of nonhost resistance.

What don’t we know about nonhost resistance?

“While the contribution of microbial commensals (microbes that naturally inhabit plant organs without causing any harm) to plant immunity has emerged during the past few years, their explicit role in nonhost resistance has not been demonstrated yet”, said Ralph Panstruga, a scientist at RWTH Aachen University in Germany. “Our knowledge on nonhost resistance largely relies on findings obtained in a handful of (model) angiosperm plant species that are genetically very tractable. We do not know yet to what extent these insights can be generalized, especially with respect to non-angiosperms.”

While there is a lot we don’t know about nonhost resistance, recent advances in technology, such as DNA sequencing methods, will make it easier for scientists to learn more. As for understanding the contribution of microbial commensals, scientists have recently been able to explore this aspect through reconstitution experiments with synthetic microbial communities in combination with germ-free plant systems. These tools were only recently established for some model plant species and are not yet available for many agriculturally important crops.

What can come from answering this question?

Learning more about nonhost resistance will help scientists better appreciate that susceptibility and resistance are the extreme outcomes of interactions between plants and pathogens, with all kinds of intermediate forms possible. Scientists may also discover undiscovered of plant pathogens on some species, which will enhance disease control strategies. Answering this question will also help scientists further comprehend whether microbial commensals contribute to resistance, which could form the basis for future plant protection measures. Finally, these insights will complete our picture of the plant immune system.

For the full review, read “What is the Molecular Basis of Nonhost Resistance?” published in the November issue of the MPMI journal. This article is the first in a series of ten reviews exploring the top 10 unanswered questions in molecular plant-microbe interactions, which came out of a crowdsourcing initiative spearheaded by the MPMI journal’s editorial board at the 2019 International Congress on Molecular Plant-Microbe Interactions in Glasgow, Scotland.

When meeting attendees Panstruga and Moscou heard about the quest to identify the top 10 unanswered questions in MPMI, they were immediately fascinated. When they saw the final list, they were drawn to the question about nonhost resistance, a plant defense that provides immunity to all members of a plant species against a microorganism that is harmful to other plant species.

“Since we both have published expertise in the area of nonhost resistance, it was somewhat self-evident that we could contribute with a review article to this relevant question,” said Panstruga. “We felt for quite some time that some concepts and terms in the field are ambiguous and possibly misleading, and that it would be just the right time to sum up the present knowledge, but also to clarify a few aspects and to raise a few fresh ideas.”

Cowboy and his bride of 6 decades: 'We've had lots of fun'