Subscribe
Home / Georgia / Why are the grocery store shelves empty? 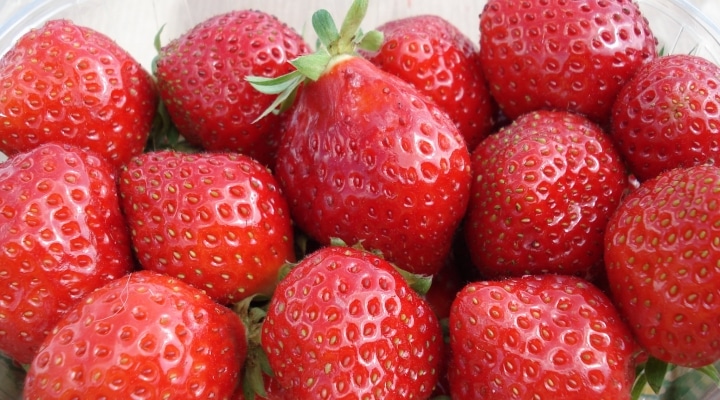 While all industries have been seriously affected by the COVID-19 pandemic, food and agriculture have been among the hardest hit segments of the U.S. economy. The primary reason lies in the composition of household food expenditures. (photo by Sancho McCann, creative commons/flickr.com)

ATHENS, Ga. — While all industries have been seriously affected by the COVID-19 pandemic, food and agriculture have been among the hardest hit segments of the U.S. economy. The primary reason lies in the composition of household food expenditures.

The impacts of the pandemic appear to vary by commodity based on two critical issues: perishability and labor use. Perishables like fruits, vegetables and milk are among the hardest hit. Many of these industries also depend on labor for growing and harvesting.

There is no immediate shortage of food in the U.S., according to the U.S. Department of Agriculture (USDA), however the current demand for items such as grocery-size products and on-demand delivery is greater than what is in abundant supply: bulk, large-sized products and processed shipments to restaurants that remain open.

This demand-supply mismatch appears to mimic anecdotal evidence of price spikes and empty store shelves on the consumer side and the collapse of demand and dumping of food on the farm side, with a range of linked effects in the middle.

Households spent $1.7 trillion on food in 2018, 54% of which was spent on food away from home at restaurants, bars, sports venues and other establishments, according to the USDA Economic Research Service. A dramatic drop in foot traffic at all types of restaurants began in the second week of March.

Supermarkets and grocery outlets have also experienced a significant reduction in foot traffic, but delivery and on-demand services have been strained by the sudden surge in demand from people under stay-at-home orders and social distancing guidelines, which includes nearly 90% of the U.S. population.

With the drastic fall in food demand away from home, multiple forces were unleashed rapidly, causing ripples that stretched farther into every food and agricultural commodity.

First, the supply chain serving food service industries did not have many buyers. A case in point is cheese, where the major supplier, Wisconsin, found two-thirds of its demand fall to near zero within a week or two.

The results include a significant slowdown in the operations of processing and distribution, shortage of workers at farm, processing and distribution (trucking) facilities, and a shortage of cleaning and sanitizing supplies. Compounding these effects are the resources spent in contact tracing and quarantine if/when a worker tested positive for COVID-19.

Trade and other factors

Imports of food have declined due to reduction in air and shipping traffic between countries and regionally within countries. Nearly 13% of food consumed in the U.S. comes from other countries — primarily horticultural products, livestock and edible oils.

Preliminary data shows that the countries first affected by COVID-19 exported and imported less food in January and February 2020 relative to the corresponding period in 2019, according to recent reports by SafetyChain, a food and beverage management system.

In addition, all of the above happened in the aftermath of several natural disasters and a trade war over the last two years.

What can be done by private and public sectors, hopefully in a partnership, to offset these challenges? An obvious option is storage where applicable to mitigate price spikes, avoid empty store shelves and prevent collapse of demand. However, not all commodities are storable.

Some experts have recommended government purchases of perishables and transfer to regions and segments of the population where they are most needed. It is not clear that the logistics of such an operation can be pulled off within the short time period needed to accommodate farms and markets.

The stimulus measures to keep businesses in operation — including loans, grants, unemployment insurance and SNAP benefits — alleviate the problem to some extent, but their durability has already been questioned. Policy and other measures will be an ongoing discussion.

Also, government regulations are somewhat eased to help in the transition of demand from food service to grocery outlets. Nonetheless, the food and agriculture sectors need more attention, especially the most vulnerable segments, likely in the form of a combination of the above tools employed in greater intensity.

Tips to avoid overeating while working from home