Home » Why are cattle so slick this year? 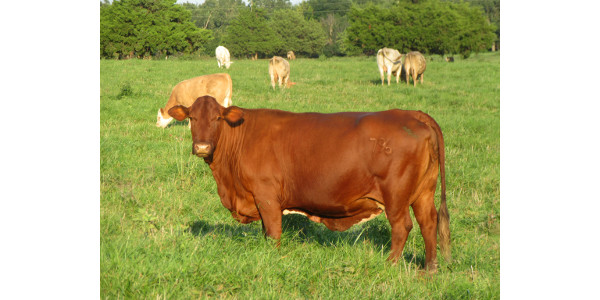 Cattle in southwest Missouri seem to be slick and shiny this year according to Eldon Cole, livestock specialist with University of Missouri Extension. (Photo credit: MU Extension)

MT. VERNON, Mo. — Cattle in southwest Missouri seem to be slick and shiny this year according to Eldon Cole, livestock specialist with University of Missouri Extension.

“At least that’s what I’ve observed as I visit herds and do windshield surveys,” said Cole. “I’ve asked several producers, veterinarians and market folks if they’ve seen that too and most agree.”

Of course, Cole says he has to ask what the reason is for fewer, slow-shedding, rough-haired cows. For the most part, people seem to think it is the result of a very unusual summer.

Indeed, the year has been exceptional with moisture and cool weather, especially in August.

“Most farmers who are not overstocked have had surplus pasture since green up early in the spring,” said Cole.

Yellow hop clover, white clover, crabgrass, lespedeza and even johnsongrass has given cattle an opportunity to graze something other than toxic fescue.

If cattle are given a choice, they do avoid “hot” Kentucky 31 fescue.

“I’d say that has been one of the reasons for the sleek haircoats. Another possible reason is an increasing number of farms using management-intensive grazing which enhances legume percentage in those pastures,” said Cole.

The increasing number of cows calving in the fall could be another factor because of those cows typically slick off nicely after weaning their calves in May, compared to spring calvers.

“I believe some farmers heeded the advice in April and early May to control seed heads in fescue pastures with chemical or mechanical means. Also, little-by-little, we’ve seen more friendly or novel fescue seeded in the last ten years,” said Cole.

According to Cole, the novels do not produce the damaging ergot alkaloids that cause slow growth, poor reproduction, reduced immune response, heat stress and that nasty, long-haired, slow shedding symptom.

If by chance your cows have not slicked off, I suggest you identify them with a hair score. The best time to assign a hair score is the month of May. Scoring is not complicated and is a 1 to 5 system. At least put some note by the wooly ones.

A one is an animal that is 100% shed off all over their body.

The real problem cattle are those in the 4’s, only 25% shed and 5’s full winter coat.

The latter two categories could be strong candidates for culling unless their calving interval and weaning weights are above average for your farm.

“Breed associations and beef genetic researchers are looking at compiling sufficient data for the development of a hair coat shedding expected progeny difference (EPD). Research shows shedding has a heritability estimate of 0.35, about the same as weaning weight. Thus, progress could be made by selection,” said Cole.

Being the ant not the grasshopper