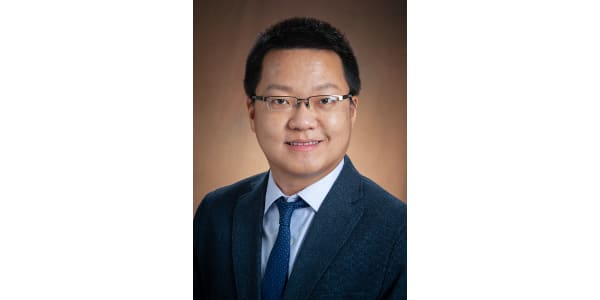 FARGO, N.D. — As income grows and diets shift to one with a higher share of animal protein, the swine industry in China, with the world’s largest capacities for hog production and pork consumption, foresees rapid changes.

Pork is the predominant staple meat in the Chinese diet, and the per-capita pork consumption has grown more than fivefold from 1975 to about 35 kilograms (about 77 pounds) per year in 2018. At the same time, China has struggled to meet the growing demands with its domestic supplies, even though it runs the largest hog and pork business in the world and supplied more than 708 million hogs in 2015.

That is more than half of the hog output worldwide. Hog and pork prices have fluctuated a great deal in times of holidays (for example, the Chinese New Year), outbreaks of hog diseases, inclement weather and trade disputes.

China’s underdeveloped hog production sector is largely responsible for the ups and downs in the so-called “hog/pork cycles.” Despite the substantial volume in aggregate, a salient feature of China’s hog production is its large number of spatially scattered, small-sized hog farms that rely on intensive use of labor and outdated technologies.

National statistics show that as high as 98.7% of hog producers are small-sized farmers who raise fewer than 100 hogs, and they jointly contributed about 51.6% of the national pork output in 2009. Among those individual hog farmers, approximately 38.8% of them are still backyard producers who usually raise fewer than five hogs annually and keep the hogs in a pen in their backyard or let hogs run in the village.

Government officials and industry leaders have realized those problems and taken various measures to overcome the challenges. To reduce the risks facing hog farmers and stabilize pork supply and prices, China’s central government launched in 2007 its national support programs for hog production, starting with subsidizing sow farmers. The goal is to cover as many hog farms as possible regardless of their size.

In principal, hog farmers can opt to insure each of their eligible sows (for example, ages 8 months to 4 years) for a premium of 60 yuan (approximately $8.50), with the central and local governments jointly subsidizing 50% to 80% of that premium. When sow death occurs due to major diseases, natural disasters or accidents, farmers will receive an indemnity payment of 1,000 yuan ($142.30) for each insured sow.

In practice, local governments in most places have retained the voluntary nature of their sow insurance programs, while some local governments have introduced comprehensive coverage by requiring all eligible hog farmers in that region to participate. This program has been well applauded by Chinese hog farmers, although its effectiveness in stabilizing hog supplies remains to be confirmed more than 10 years after its initiation.

On the industry side, China’s leading hog- and pork-producing companies have been actively expanding their capacities by upgrading their technologies, integrating with upstream input companies and contracting with individual hog farmers. The most noteworthy change has been the 2013 acquisition of the U.S.-based Smithfield Foods, then the world’s largest hog producer and pork processor, by China’s largest pork-processing company, the WH group, commonly known as Shuanghui.

This acquisition has caught the public’s attention and inspired heated discussion, given not only the amount of funds involved but also the direction of the acquisition. Shuanghui’s acquisition of Smithfield set the record for a firm in a developing country acquiring a larger firm with strong financial, operational and technological holds in a developed country. This is contrary to the direction in which typical acquisitions would go.

Seven years later, however, this acquisition seems to have given rise to no pronounced changes in the industry. Shuanghui has neither upgraded its existing processing capacities using Smithfield’s technologies nor beefed up its meager existence in hog production. Even the widely asserted goal of this purchase – to import more Smithfield-branded pork – clearly has not been achieved, based on visible evidence in the market, casting doubts on the worthiness and significance of this acquisition.

Now with the lingering aftermaths of African swine fever and a trade war with the U.S., Chinese consumers start to wonder, “Will I be able to afford pork on my dinner table for the Chinese New Year?”

Livestock producers should prepare for flooding