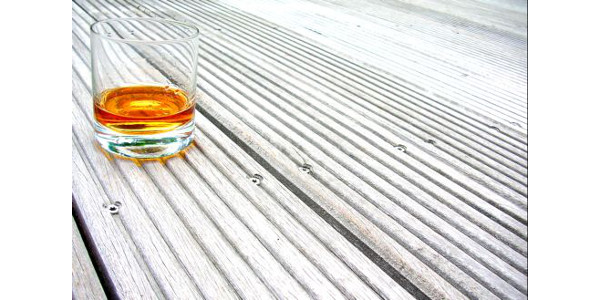 Craft distillers across the nation are reaching into the existing market and are competing with major distillers. (Karrierebibel.de via Flickr)

The Leelanau plant and another facility in Grawn were sold to different purchasers this year after Cherry Growers declared bankruptcy and liquidated its assets, the Traverse City Record-Eagle reported.

The Leelanau property consists of a 31,000-square-foot structure on 34 acres. The new distillery will house the entire process of whiskey production — mashing, fermentation and distillation — and a visitors center. The company is working with Elmwood Township officials to get necessary permits for visitor center and tasting room operation.

The purchase was scheduled to close this week. The company will renovate both the interior and exterior of the idled plant. It is having custom distilling equipment built for the new space.

“Realistically, based on the size of the equipment that needs to be built, we’re at about 12 months,” said Fredrickson, before distilling operations begin there.

TC Whiskey’s current operation can produce 400 barrels of whiskey a year. The new distilling equipment will produce about 4,000 barrels a year to start. But the equipment the company is having built could be scaled up to produce 10,000 barrels a year, Fredrickson said.

He has no doubt the company can grow over time, and is confident it will have no trouble selling the increased production. The nature of whiskey — it needs to age several years before it can be sold — necessitates the creation and storage of product long before income materializes.

“Our business justification for buying this is … the appetite will still be there,” said Fredrickson. “The whiskey business is huge.”

Craft whiskey is a growth market, he said, and craft distillers across the nation are reaching into the existing market and are competing with major distillers.

Traverse City Whiskey Co. also is reaching out, said Fredrickson, to local residents who buy wine and beer, but may not yet be fans of whiskey.

One way it is doing so is by offering a shuttle bus to bring people to its tasting room, then bring them back home. The service has a 15-mile limit.

“It’s kind of like a whiskey Uber,” he said. “We’ll pick you up … and transport you home.”

The shuttle bus had only operated a few days when a deer crash put it out of commission for a week.