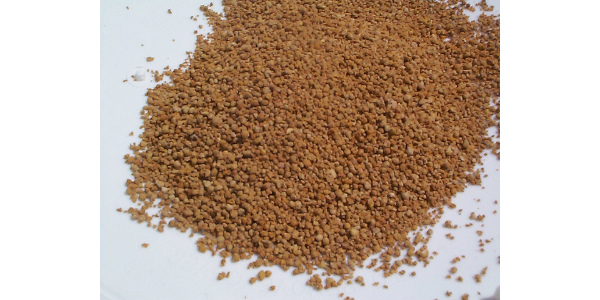 URBANA, Ill. — One coproduct from wet milling corn is corn gluten meal—a high-protein ingredient used in many pet foods and livestock feed. By the name of the coproduct, one would think that corn gluten meal contains gluten, when in fact, it contains 60 to 70 percent protein and is 100 percent gluten free. It’s a misnomer. There is no gluten in corn gluten meal.

According to University of Illinois food engineer Kent Rausch, it’s clear. “This is a textbook fact. Wheat contains gluten. Corn does not. There has never been any reason why corn gluten meal and another wet milling coproduct, corn gluten feed, should contain the word gluten. Gluten is found in wheat, barley, and rye—not in corn or corn coproducts.”

Rausch says because corn wet mills exclusively process corn grain only—no wheat, and therefore no gluten—there isn’t even a concern about the possibility of cross contamination present to cause contamination of corn gluten meal or corn gluten feed.

So, how did the word creep in? Rausch says the story goes that one of the early corn processors hired someone from a wheat gluten processing facility. “He just called everything that had protein in it ‘gluten.’ But I’ve never seen anything in writing to verify the story.”

Some animal food processors would like to see the name officially changed to something more accurate and to avoid any confusion on the part of consumers. Rausch says pet and livestock owners see corn gluten meal in the list of ingredients on feed labels and have questioned it, assuming that it’s the same as the gluten linked to celiac disease in humans.

When you think about the texture of yeast breads that contain gluten, it’s obvious that corn doesn’t have it. That’s why cornbread has the consistency it does—no gluten equals drier and more crumbly—compared to wheat bread with gluten that’s stretchy.

“It’s ironic that corn protein is a great source of gluten-free protein but everything in the wet milling process has the term ‘gluten’ attached to it. If the name could be changed, it would be a lot less confusing,” Rausch says. “Every year during our wet milling workshop at the U of I, we have representatives attending who are confused by the names and whether gluten is in corn.  These are people that actually work in the wet mills.”

Rausch says it’s up to the Association of American Feed Control Officials to change the name. AAFCO is responsible for creating ingredient definitions for animal food products.

With gluten allergies in the health spotlight and more and more gluten-free products being produced, now would be a good time to clarify the term and confirm the absence of gluten in corn and corn products. “It would certainly stave off the confusion,” Rausch says.

Kent Rausch is an associate professor in the Department of Agricultural and Biological Engineering in the College of Agricultural, Consumer and Environmental Sciences at U of I.