Home / Nebraska / Where will all the ash trees go in Lincoln? 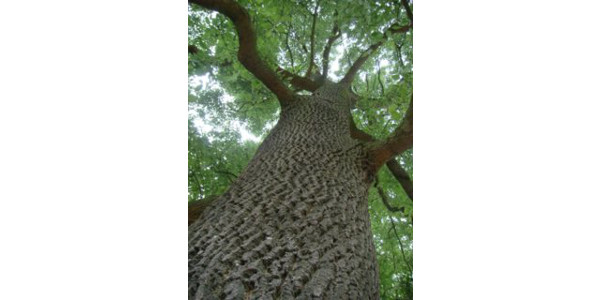 Most of Lincoln's 14,000 public ash trees will be hauled to Hofeling Enterprises, where they will be turned into mulch. (jojo-bean via Flickr)

LINCOLN — Sometime in May the city will install beautiful wooden countertops in the reception area of the new Parks and Recreation Department office. The counters will be made from an ash tree cut down as part of the city’s program to deal with the emerald ash borer problem.

Slabs cut from the trunk of the large ash tree are now drying in a kiln at Big Red Sawmill in Palmyra. They’ll be transformed into counters by the city’s carpentry staff, said Lynn Johnson, director of Parks and Rec.

“We are interested in promoting a variety of uses for ash wood,” Johnson told the Lincoln Journal Star (http://bit.ly/2ovqNVx ). And the countertop fits with the design concept for the new office, evoking the character of Parks and Recreation, he said.

As the little green insect that is expected to kill most ash trees moves westward across Nebraska, city and state forestry staff are looking for innovative ways to use all that wood.

Most of Lincoln’s 14,000 public ash trees will be hauled to Hofeling Enterprises, where they will be turned into mulch. None of the tree will be wasted, said Robert Weyhrich, operations forester for the city.

Grinding trees into mulch is the standard practice, said Adam Smith, Nebraska Forest Service forest products program leader. That isn’t the most glamorous option, but it does provide many benefits to a community, he said.

But Smith is on the lookout for other ways to use the millions of ash trees in Nebraska likely to be killed by the emerald ash borer.

South Sioux City, one of the state’s most proactive communities in dealing with the pending ash disaster, is using some of its ash trees as siding for a small cabin being built in the city’s community orchard, Smith said.

The cabin, designed by University of Nebraska-Lincoln architectural students, will be a landmark for urban wood use statewide, said Smith.

Big Red Sawmill has the equipment to turn ash trees into lumber, but owner Brian Schwaninger hasn’t seen much demand and isn’t convinced the death of ash trees across the state will make much difference.

“It makes great flooring and great cabinets, but I can’t create a name for it,” said Schwaninger.

“It is very stainable, very pretty and has great character,” but hickory, walnut and oak are still the most popular woods, he said.

Some sawmills worry about the regulations covering how you must treat wood after the insect has been discovered in an area, and a federal quarantine is in effect.

Not Schwaninger. You have to debark deeper than normal and heat treat the wood, but his kilns would all comply with federal rules, he said.

“It is great wood. It makes tabletops and bar tops, but dark wood is now in and most people pick walnut,” he said.

Moving beyond the obvious solutions — turning the wood into firewood or mulch — requires local champions, someone who really wants to push the idea of using the wood, said Smith.

While Lincoln Parks and Recreation staff look for those local champions and ideas, they are turning to traditional methods for the more than 850 ash trees removed this year and last as the city tries to get ahead of the borer.

Though the insect that eats under the bark of ash trees hasn’t been found in Lincoln yet, it is expected soon. And the city is already cutting younger ash trees and sick trees, hoping to get ahead of the borer, which can wipe out ash in a community within a decade.

The city uses every bit of city trees that are cut and will continue that practice, according to Weyhrich. Wood chips go to community organizations and the public. Stump grindings are composted.

And most of the trees are hauled to Hofeling Enterprises, where owner Scott Hofeling is gearing up for the thousands of public and private ash trees he expects will have to be cut in the next 15 years.

Hofeling, who also owns The Tree Guys tree removal service, has a new partner, has bought more equipment for hauling and purchased another grinder.

Hofeling, who sells mulch to landscape companies and garden stores, believes he will be able to handle all the ash trees that come his way by expanding into new markets.

For example, mulch can be used for berm instead of silt fences, he notes.

For many people it will be “either me or the landfill,” he says.

And Hofeling has the contract to grind wood at the Lincoln landfill, where the wood is all used for internal needs.

The landfill uses woodchips in its composting operation, as the bulking agent to get more air flow through the material, said Karla Welding, superintendent of solid waste operations.

Chips are also used on the landfill’s tipping pads in wet weather, in combination with rock, to provide a solid surface for trucks as they dump loads and turn around, she said.

And when there are extra chips, the city sells them to the public. That hasn’t happened for seven years, after a citywide windstorm created an overflow of wood to the landfill, she said.

Our hope is that the public sector finds other ways to use the ash trees, Welding said.

“We are assuming that the private sector will be able to handle the majority of it (ash trees) and we will just become a backstop,” she said.

And in the worst-case scenario, the landfill could stockpile wood waste on land around the landfill owned by the city and farmed.

Crop production goes down, but it is a way to essentially return that tree material back to nature without consuming landfill space, Welding said.

“I would envision that would be an option if there are no other ways to deal with the volume of wood waste,” she said.

Oak Creek Vineyard’s Sousek to be featured on Women in Ag webcast
December 2, 2021