Home / National / When old growth beats old school
A new user experience is coming! We'll be asking you to login to your Morning Ag Clips account March 1st to access these new features.
We can't wait to share them with you! Read more here. 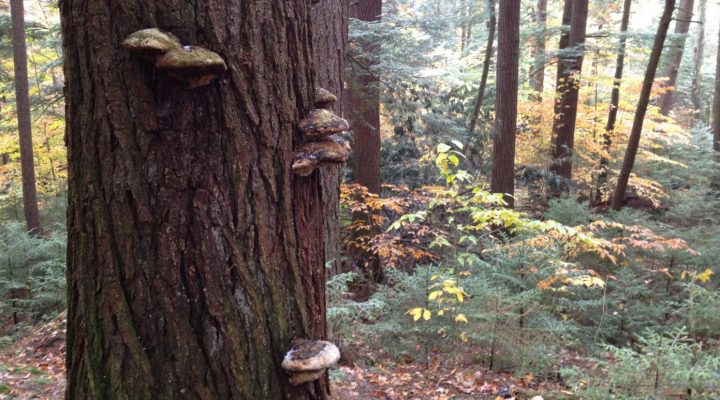 BURLINGTON, Vt. — As the planet warms, carbon markets are getting hot too. Forest landowners have been looking for ways to enter these markets, making money from their commercial timberland not just by selling logs–but also by demonstrating that their land is absorbing climate-warming carbon dioxide from the air. The more carbon an acre of trees holds, the more valuable it will be in these new carbon markets–whether in the California “cap and trade” market, international voluntary markets, or others that have been sprouting up across the US and Canada.

But there’s a vexing question: what forestry techniques do the best job of maximizing carbon storage in trees and soil — while still allowing landowners to provide habitat for wildlife and harvest timber for profitable sale?

Using an approach called “structural complexity enhancement”– a suite of forestry techniques designed to imitate the complexity of old forests and natural disturbances (like wind storms) — a team of scientist at the University of Vermont show that they can maintain high levels of carbon storage on managed timberland. Under this new style of forestry, the scientists report that, a decade after harvesting, carbon storage was just fifteen percent less than what would accumulate over time in forests that were not logged at all. In contrast, the study shows that conventionally managed timberland holds about forty-five percent less carbon than uncut forests.

“There are many goals and options that landowners have for their forests,” says Keeton. “This is a great new tool for foresters and landowners to have in their tool box.”

“We were very surprised that the growth rates of trees in the structural complexity areas exceeded the areas with conventional treatments,” Keeton says. “This overturns previous dogma that more heavily thinned areas would have faster growth that would sequester carbon more rapidly than old trees.” Instead, Keeton’s technique provides opportunity for growth at all levels of the forest canopy and releases the crowns of large older trees — by cutting less vigorous trees around them — so they get lots of sunshine and pack on new wood and leaves. In short, the study shows that imitating natural disturbances and the way an old forest grows can allow forests to grow faster than traditional selection forestry. And this new approach “keeps a lot of carbon on-site that would otherwise be transferred to the atmosphere if the trees were cut,” says Keeton, “even when accounting for the life cycle of carbon in wood products.”

For nearly two decades, Keeton and his student have been studying structural complexity enhancement, or SCE, on northern hardwood and mixed hardwood-conifer forest plots on the side of Mount Mansfield and at UVM’s Jericho Research Forest in northern Vermont. This new Ecosphere study — co-led by former UVM graduate student Sarah Ford — is part of a series of his findings that show that imitating key characteristics of old-growth forests in managed timberland can increase biodiversity (including notable increases in mushrooms, herbaceous plants, and amphibians), enhance the ecosystem services that forests provide to people (like clean water), and, ultimately, restore old growth forests — “a vastly underrepresented forest type in the Northern Forest,” Keeton says, due to the lingering effects of forest clearing in the eighteenth and nineteenth centuries.

Now this new study adds another crucial benefit to the SCE approach: fighting climate change by soaking carbon dioxide out of the air and storing it for long periods in forests. To make their study of how effective SCE would be for this “carbon forestry,” the UVM scientists established plots in the forest and measured the carbon stored in living and dead trees, as well as in woody debris on the forest floor, in each plot. Then they used a variety of ways of selecting trees for harvest — including conventional approaches, the SCE techniques, and control groups that were not cut at all.

Ten years after experimental harvesting, the scientists went back and measured the carbon stored in each kind of plot. Not only did the SCE approach show dramatically higher levels of carbon than conventional “single-tree” and “group” selection techniques, but in one key pool of stored carbon — coarse woody material lying on the ground — the SCE approach led to more carbon being captured than even the control plots where no cutting or other forestry work was done.

In other words, for conservation-minded land owners, like land trusts or forest preserves, Keeton’s SCE approach — when aimed at maximizing biodiversity and fighting climate change — could lead to more carbon storage, and faster creation of old-growth types of habitats, than doing nothing at all.

“It’s possible to accelerate the recovery of old growth in the Northern Forest,” says Keeton, who co-directs the Forestry Program and leads the Carbon Dynamics Lab in UVM’s Rubenstein School of Environment and Natural Resources.

As the climate warms, that goal becomes increasingly urgent — and the definition of old growth itself becomes increasingly complex. With warmer temperatures and many new invasive pests, like emerald ash borer, hemlock woolly adelgid, and beech bark disease, “the baseline is shifting,” Keeton says. Restoring old growth to the Northern Forest, “does not mean going back to the forests we had four hundred years ago,” he says. Instead, he sees old growth restoration as a form of adaptation for the future. The characteristics of old forests — “like their structural complexity, closed canopies, high levels of biodiversity, mixed-age trees, and microclimates,” Keeton says — can give land resilience against drought, higher temperatures, diseases, storms, and rapid ecosystem changes.

To save honey bees, we must change