Home » When GE is the environmentally friendly choice 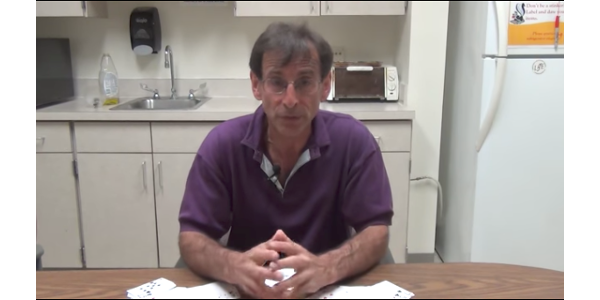 Which is more disruptive to a plant: genetic engineering or conventional breeding? It often surprises people to learn that GE commonly causes less disruption to plants than conventional techniques of breeding. But equally profound is the realization that the latest GE techniques, coupled with a rapidly expanding ability to analyze massive amounts of genetic material, allow us to make super-modest changes in crop plant genes that will enable farmers to produce more food with fewer adverse environmental impacts. Such super-modest changes are possible with CRISPR-based genome editing, a powerful set of new genetic tools that is leading a revolution in biology.

My interest in GE crops stems from my desire to provide more effective and sustainable plant disease control for farmers worldwide. Diseases often destroy 10 to 15 percent of potential crop production, resulting in global losses of billions of dollars annually. The risk of disease-related losses provides an incentive to farmers to use disease-control products such as pesticides. One of my strongest areas of expertise is in the use of pesticides for disease control. Pesticides certainly can be useful in farming systems worldwide, but they have significant downsides from a sustainability perspective. Used improperly, they can contaminate foods. They can pose a risk to farm workers. And they must be manufactured, shipped and applied — all processes with a measurable environmental footprint. Therefore, I am always seeking to reduce pesticide use by offering farmers more sustainable approaches to disease management.

What follows are examples of how minimal GE changes can be applied to make farming more environmentally friendly by protecting crops from disease. They represent just a small sampling of the broad landscape of opportunities for enhancing food security and agricultural sustainability that innovations in molecular biology offer today.

Genetically altering crops the way these examples demonstrate creates no cause for concern for plants or people. Mutations occur naturally every time a plant makes a seed; in fact, they are the very foundation of evolution. All of the food we eat has all kinds of mutations, and eating plants with mutations does not cause mutations in us.

A striking example of how a tiny genetic change can make a big difference to plant health is the strategy of “knocking out” a plant gene that microorganisms can benefit from. Invading microorganisms sometimes hijack certain plant molecules to help themselves infect the plant. A gene that produces such a plant molecule is known as a susceptibility gene.

We can use CRISPR-based genome editing to create a “targeted mutation” in a susceptibility gene. A change of as little as a single nucleotide in the plant’s genetic material — the smallest genetic change possible — can confer disease resistance in a way that is absolutely indistinguishable from natural mutations that can happen spontaneously. Yet if the target gene and mutation site are carefully selected, a one-nucleotide mutation may be enough to achieve an important outcome.

There is a substantial body of research showing proof-of-concept that a knockout of a susceptibility gene can increase resistance in plants to a very wide variety of disease-causing microorganisms. An example that caught my attention pertained to powdery mildew of wheat, because fungicides (pesticides that control fungi) are commonly used against this disease. While this particular genetic knockout is not yet commercialized, I personally would rather eat wheat products from varieties that control disease through genetics than from crops treated with fungicides.

The Power of Viral Snippets

Plant viruses are often difficult to control in susceptible crop varieties. Conventional breeding can help make plants resistant to viruses, but sometimes it is not successful.

Early approaches to engineering virus resistance in plants involved inserting a gene from the virus into the plant’s genetic material. For example, plant-infecting viruses are surrounded by a protective layer of protein, called the “coat protein.” The gene for the coat protein of a virus called papaya ring spot virus was inserted into papaya. Through a process called RNAi, this empowers the plant to inactivate the virus when it invades. GE papaya has been a spectacular success, in large part saving the Hawaiian papaya industry.

Through time, researchers discovered that even just a very small fragment from one viral gene can stimulate RNAi-based resistance if precisely placed within a specific location in the plant’s DNA. Even better, they found we can “stack” resistance genes engineered with extremely modest changes in order to create a plant highly resistant to multiple viruses. This is important because, in the field, crops are often exposed to infection by several viruses.

Does eating this tiny bit of a viral gene sequence concern me? Absolutely not, for many reasons, including:

Microorganisms can often overcome plants’ biochemical defenses by producing molecules called effectors that interfere with those defenses. Plants respond by evolving proteins to recognize and disable these effector molecules. These recognition proteins are called “R” proteins (“R” standing for “resistance”). Their job is to recognize the invading effector molecule and trigger additional defenses. A third interesting approach, then, to help plants resist an invading microorganism is to engineer an R protein so that it recognizes effector molecules other than the one it evolved to detect. We can then use CRISPR to supply a plant with the very small amount of DNA needed to empower it to make this protein.

This approach, like susceptibility knockouts, is quite feasible, based on published research. Commercial implementation will require some willing private- or public-sector entity to do the development work and to face the very substantial and costly challenges of the regulatory process.

The three examples here show that extremely modest engineered changes in plant genetics can result in very important benefits. All three examples involve engineered changes that trigger the natural defenses of the plant. No novel defense mechanisms were introduced in these research projects, a fact that may appeal to some consumers. The wise use of the advanced GE methods illustrated here, as well as others described elsewhere, has the potential to increase the sustainability of our food production systems, particularly given the well-established safety of GE crops and their products for consumption.

Researchers get to the root of the question