Subscribe
Home / National / When did GMO become a dirty word? 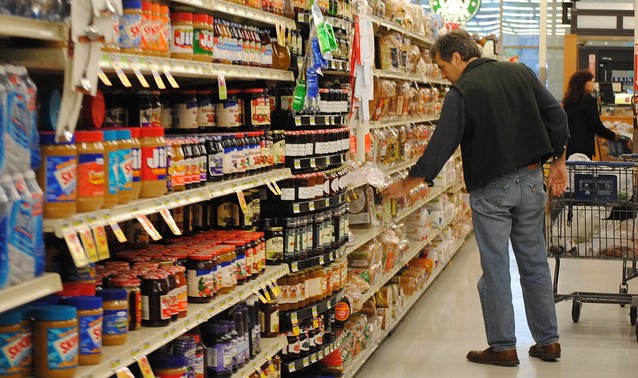 Companies place the non-GMO label on their product as a marketing tool, either feeding off the fear generated by misinformation, or the demands of their consumers. (Stock photo via Anthony Albright, Flickr/Creative Commons)

STORRS, Conn. — Do you know someone with diabetes? While most people may associate GMOs with food products, their use actually began in the medical field with insulin.

The Food and Drug Administration (FDA) approved GMO insulin for use in October of 1982 after rigorous testing, clinical trials, and review. Prior to that, diabetics used insulin obtained from the pancreas of cattle or swine. Supplies were dwindling, and there was fear that the insulin shortage would result in negative health ramifications for patients. The recombinant DNA technology used, that we now refer to as GMOs, provided a safe and effective alternative. In fact, GMO insulin is a closer match to human insulin, and patients who could not tolerate insulin from a cow or pig can utilize GMO insulin without negative side effects.

Despite the benefits of GMOs, 80% of respondents to the 2018 Food and Health Survey Report from the International Food Information Council Foundation are confused about food or doubt their choices because of conflicting information. The report found that context of GMOs influenced consumer judgment. The Pew Research Center found that 49% of Americans think genetically modified foods are worse for one’s health. In short, many people may fear or be suspicious of GMOs, but there is a history of important effects that most people would applaud. Insulin is such a case.

Scientists create GMOs by changing the genetic code of a living being in some way. Plant and animal genetics have been altered for thousands of years through breeding. New technology lets scientists select a specific trait, instead of changing the entire genetic makeup. The medical, agricultural, and environmental fields all have GMO products.

Accepting or rejecting GMOs is an individual decision. However, all decisions consumers make should be based on facts. An overwhelming majority of scientists believe that GMOs are safe, according to the National Academies of Science, Engineering and Medicine. Information from science-based sources can be hard to find in the flood of information available on the Internet.

With that in mind, experts in agriculture, health and natural resources at the University of Connecticut (UConn) have established a web site (https://gmo.uconn.edu/) providing science-based information to help consumers make their own decisions about GMOs.

A handful of food products have approved GMO versions sold in the United States. These include: apples, canola, corn, papaya, pineapple, potatoes, salmon, soybeans, squash, and sugar beets. Insect resistant and herbicide tolerant crops are the two most common features in GMO varieties. Only specific varieties have a GMO version in many of these products, for example, the Arctic apple. The Flavr Savr tomato was introduced in 1994 as the first GMO food product, but is no longer sold because it lacked flavor.

Consumers benefit from GMOs. Although the benefits aren’t always noticeable when you’re browsing the grocery store, they include:

Despite the benefits, negative perceptions about GMOs are wide-spread. Consumer knowledge and acceptance of GMOs has not matched the pace of adoption by the agricultural community. Experts in the field concur that GMO communication campaigns have failed to answer the “what’s in it for me” question for the public. The majority of campaigns only cite the benefits to farmers, and feeding a growing global population. Consumers commonly reference changes to nutritional content, or the creation of allergens as concerns with GMOs, although there is no evidence of either.

I notice negative perceptions about GMOs in the supermarket, when foods are labeled as non-GMO even though it’s impossible for them to contain GMOs. Salt doesn’t have any genetics to modify, although you’ll find some salt labeled as non-GMO. Cat litter is another example of a product that can’t have GMOs, but is labeled non-GMO.

Companies place the non-GMO label on their product as a marketing tool, either feeding off the fear generated by misinformation, or the demands of their consumers. People without a clear understanding of GMOs spread misinformation on the Internet. Much of what is shared lacks science-based facts and the rigors of peer review. A common tactic is connecting scientists to biotechnology corporations. Ironically, many of the campaigners in the anti-GMO movement are paid to share these messages.

Consumers should form their own opinions about GMOs from the wealth of available science-based information and experts. Instead of accepting and spreading misinformation, shouldn’t we ask more questions, and turn to reliable sources instead?

Tomato pan-genome brings back the flavor