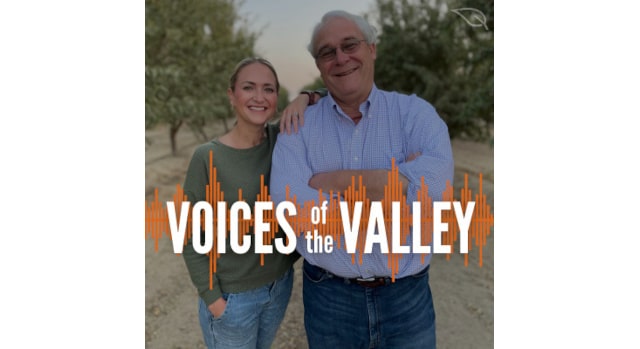 Voices of the Valley is hosted by Dennis Donohue, the Director of Western Growers Center for Innovation & Technology, and Candace Wilson, CEO of GreenVenus. (Courtesy Photo)

IRVINE, Calif. — In the most recent episode of Voices of the Valley, the podcast hosted by Dennis Donohue, the Director of Western Growers Center for Innovation & Technology, and Candace Wilson, CEO of GreenVenus, Turlock Fruit Company General Manager Neill Callis talks about the intersection of space tech and agtech.

Prior to farming, Callis worked for 17 years as a project manager and systems engineer in the aerospace industry. As a result, one of the innovations he’s most excited about are optical recognition and sorting technologies.

“The ability for a software system to receive visual input and identify and characterize dozens and dozens of individual spears of asparagus per second and grade them…I’m excited because I think it’s essential,” he says. “It does dovetail with some of the work I did in my previous career. It’s always surprising when NASA and farming collide, but they have in more ways than you might imagine.”

Agtech is a key tool to help farmers face the headwinds of labor and regulation that batter the industry, Callis says, and automation ultimately offers a path to keep farms in the United States.

“We can’t count on the politics of immigration to help us,” he says. “Our country is so polarized and divided that you’re not going to peel off enough moderate Democrats and moderate Republicans to build a coalition in the center to get some kind of immigration reform. So how are we going to get someone to harvest the crops?”

Voices of the Valley is produced by Western Growers and its Center for Innovation & Technology.